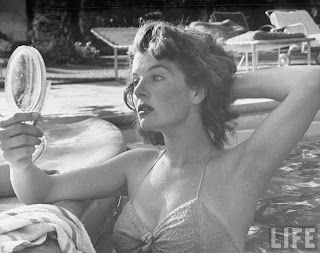 Corinne Calvet, born Corinne Dibos, on April 30, 1925 in Paris, France. She died June 23, 2001 (Aged 76) in Los Angeles, CA of a Cerebral Hemorrhage. She was discovered by Paramount Studios, but left the industry in the 1970s to become a therapist. She usually played French characters in films, and was basically the eye candy (from what I can tell). Her main claim to fame outside the acting arena is inn 1952 Calvet filed a lawsuit accusing actress Zsa Zsa Gabor of slandering her in telling several people, including a newspaper columnist, that Calvet was not really French. Another fun fact - her father invented Pyrex dishware. 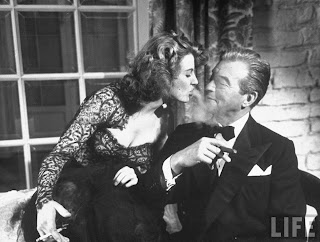 Here are Corinne Calvet's 1956 Wishes:
1. Personally, I want to spend as much time as I can with my husband, Jeffrey Stone (Pictured below) 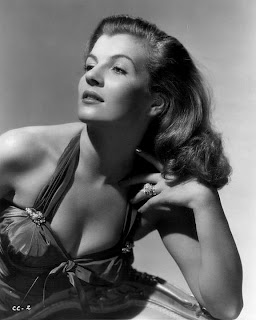 Very admirable wishes from a very gorgeous lady.
Best Wishes A at 9:00 PM