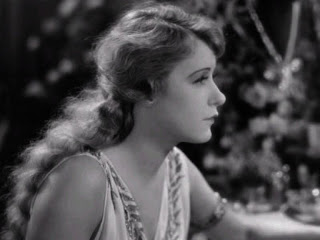 Grace Moore, who held honors in musical comedy and opera, was naturally noticed by Hollywood. She came out to Hollywood with cars full of secretaries, cats, maids, dogs, handboxes and singing teachers (Hollywood Undressed, Page 157). Not exactly sure what handboxes are. I found everything from tools to blood collectors to luggage that were called handboxes. I'm hoping it's luggage :) If anyone knows, please share with us. Grace went everywhere with her handmaids and secretaries. 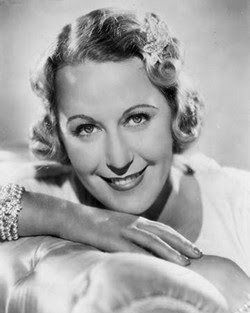 According to Madame Sylvia, our Masseuse to the Stars, she wanted to upstage Gloria Swanson as most popular hostess. Surprise, surprise Gloria Swanson did not get along with Grace Moore. Could it be because Gene Markey passed up an evening of charades at Gloria's house in order to take Grace flowers? 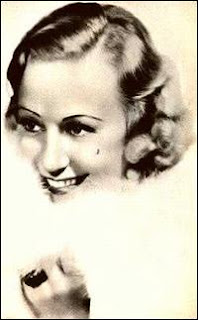 Up next - Gorgeous Grace and Vivienne Segal fight on the slab
Best Wishes A at 11:45 PM

What a lovely lady - she had a great blend of girl-next-door beauty and Hollywood glamour (plus those narrow eyebrows were adorable, too).