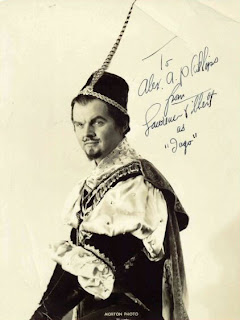 Lawrence Tibbett (November 16, 1896 - July 15, 1960) was known as one of the best opera singers ever to be produced by the United States. Because of his great gift, he did a variety of things during his career including opera, movies, radio, and recording star. He had a quite tragic end, falling prey to arthritis and alcohol. His voice is indeed fabulous. Check out some of the recordings that are attached at the bottom. 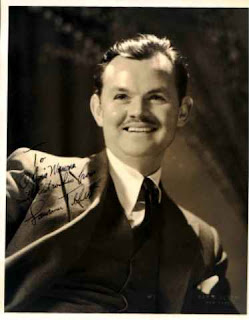 He was born in Bakersfield, California and trained in New York. Lawrence had a long career at the Metropolitan Opera from 1923 to 1950. One of the more traumatic instances in his childhood was that his father, a local sheriff, was killed by bandits when he was six years old. 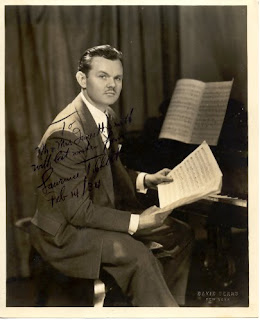 During the 1930s he had a weekly music radio program sponsored by Packard Motor Car Company of America. With Jascha Heilfelz, Tibbett founded American Guild of Musical Artists in 1936 and served as President for 17 Years. 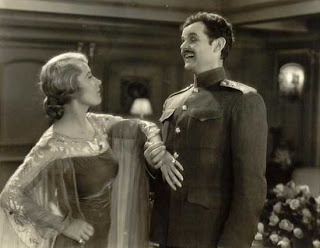 Grace Moore and Lawrence Tibbett
Lawrence Tibbett became Madame Sylvia's client after he heard that she took several inches off his costar Grace Moore. To quote Lawrence, "I hear you spanked Grace into shape . . . Well, I need the same treatments, only at the other end of my spine" (Hollywood Undressed, Page 73). Mainly, he wanted work on his face. He felt he didn't receive the best roles because his face was too fat. Lawrence didn't want people to say of him of his role in New Moon (1930), "It isn't a New Moon - it's a full one" (Hollywood Undressed, Page 74). Lawrence Tibbett was known for his "manly chest and Greek torso" and Sylvia wanted to take a peak. Unfortunately his wife was not keen on it, and told Sylvia, "Just a facial, please". 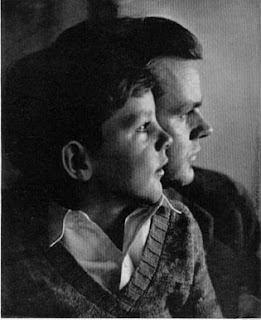 Lawrence and his Son

The Time obituary said of him: "Tibbett had a big, bronzelike, dramatically eloquent voice that combined ringing power with remarkable agility...." "...he left behind not only the echoes of a great voice but the memory of a performer who could feel equally at home with high art and popular entertainment, suggesting that there is a magical link between the two." (http://en.wikipedia.org/wiki/Lawrence_Tibbett) 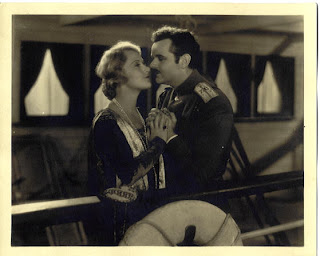 Here is a super fun link to a Lawrence Tibbett scene http://www.youtube.com/watch?v=wWhpEH48UFQ&feature=PlayList&p=B5AD00211B5B343F&index=0&playnext=1 The poster disabled the embedding, so I can't add to the post. I never thought opera could be hilarious! 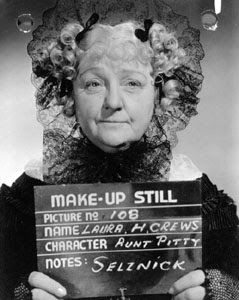 Another tidbit from Madame Sylvia: One night Lawrence wanted to serenade someone, so he wheeled himself over to Laura Hope Crews" (Best known as Aunt Pitty Pat in Gone With The Wind) house, and ran his car up on her lawn so as to throw the headlight on her bedroom window. And then he did a solo, accompanying himself on the car's French horn. His wife, Grace Tibbett was quite upset - not because he sang to another woman, but that he did it for free! (Hollywood Undressed, Page 74)

And here is the trivia for today - What honor does Lawrence hold with only 5 other actors?

Next up, the dashing Ronald Colman and Sylvia have a little peep show

My, he sounds like an interesting, almost larger than life fellow! I knew very little about him before this post, but will definitely be sure to add his songs to my playlist from now on (love opera!).

Fabulous post, honey, thank you! Tremendously big thanks too for your beautiful comment yesterday about my Halloween outfit.

I love the story of him serenading Laura Hope Crews. For some reason it makes me giggle. Maybe it's because I only imagine her as Aunt Pitty Pat? hehe