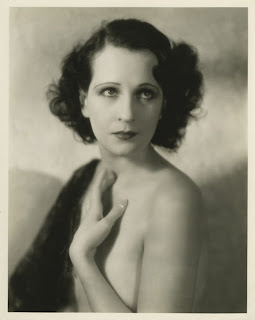 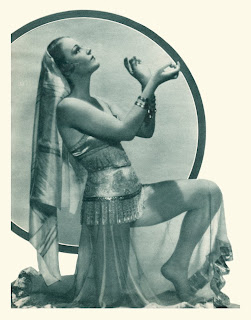 Constance, or Connie as she was known to our Madame Sylvia, was a "husky, solid lass". This did not exactly blend well with what was needed to play opposite Ronald Colman. Because of Colman's delivery and acting, he needed to play across someone who was more fragile and petite because he was delicate and would be overwhelmed by a stronger figure and personality. In fact, Madame Sylvia described Colman as having "ankles and wrists almost like a high school girl's" (Hollywood Undressed, Page 82). Ouch! 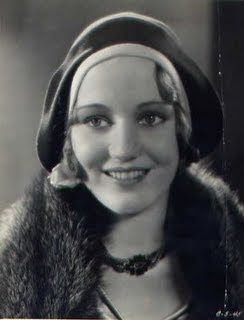 Memos were apparently sent out at the studio that said poor Connie was "not suitable" and "had bowlegs, a bass voice, curvature of the spine, cross-eyes, and harelip" (Hollywood Undressed, Page 83). None of this, however, was true. Sam Goldwyn just did not want to admit to making a mistake, so instead of finding something else for Connie, there was a studio-wide smear campaign. Poor thing! 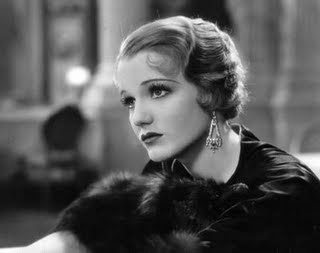 Connie, of course, was crushed and cried to Madame Sylvia, "I got to thinking that maybe I was all wrong. I looked in the mirror and what I saw looked like a hag" (Hollywood Undressed, Page 84). I think she was quite pretty. It's disgusting what horrible things people will do to others. 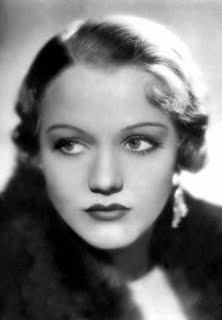 Connie wanted to leave, but Madame Sylvia decided to stay. Connie did eventually get picked up by Columbia for Criminal Code.

For some more info on Constance Cummings, check out:
http://www.nytimes.com/2005/11/29/arts/29cummings.html
http://www.imdb.com/name/nm0191870/
http://property-blog.chestertonhumberts.com/historian/home-designed-by-founder-of-the-bauhaus-professor-walter-gropius/

Poor Connie and she was such a beauty! Fascinating stories! Enjoy them all!

SO interesting, thank you for sharing.

How awful! It's amazing what people will do to others to save their own skin. She's lovely!

Gosh, I think that she's quite pretty as well!
It's just awful what they put her through and said about her. =(

Lolita of the Classics said...

Hey, that's just unbelievable! She is so attractive! I sure hope that Colman didn't have anything to do with that smearing campaign. Poor Constance.
Really interesting post and beautiful photos!

That is awful, the poor dear!. Still it's definitely a story worth knowing about. Thank you for sharing, honey.

Hope you have a beautiful, relaxing weekend!
♥ Jessica