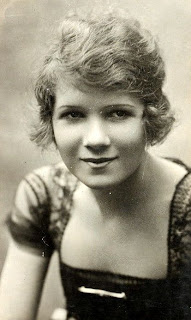 Vivienne Segal (April 19, 1897 - December 29, 1992) was a musical and Broadway star. She made only 5 Hollywood films, generally considered duds. She left Hollywood to return to Broadway in 1934 and because a big Broadway star. One of the things she is best known for is originating the role of Vera Simpson in Pal Joey on Broadway. 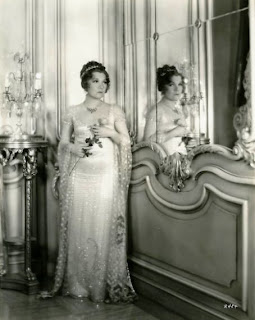 During her brief stint in Hollywood, She had a brief war with Grace Moore. Vivienne and Grace were both seeing Madame Sylvia, our Masseuse to the Stars. One day, Grace had a 5 PM appointment, while Vivienne had a 4:30 PM appointment. Vivienne was running a little late and went over her massage time. 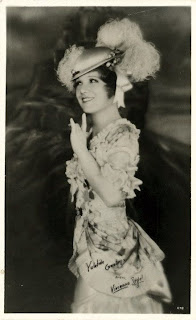 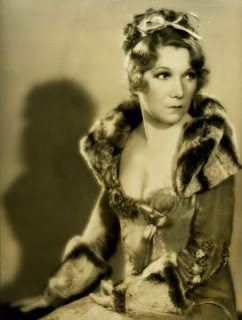 Anyway, Grace came in with her usual fanfare at 5 PM for her appointment and Vivenne was still on the massage slab. Grace and Vivienne had a massive argument. Vivienne, naturally, wanting to upset Grace even more so she took her sweet time getting dressed and powdered super slowly to make Grace extra mad. From then on, Grace Moore and Vivienne Segal's appointments were scheduled FAR apart. 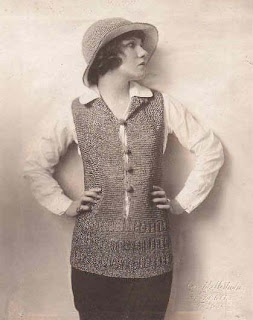 Note - All photos in this post are of Vivienne Segal


Nest up - Grace thinks she doesn't need Sylvia's help, but could her career be in jeopardy without Sylvia's help?
Best Wishes A at 11:58 PM

What gorgeous 20s/30s era fashions this interesting actress sported. I especially like the last, more causal look. I'm usually more for dresses, but there's something really sweet and timeless about her wool vest and slacks look that appeals to me.

Madame Sylvia's stories seem to be one catfight after another--and yet I never tire of them.

Here's a funny anecdote about how Carole Lombard cut Grace Moore down to size, from the Hollywood Reporter in June 1934...