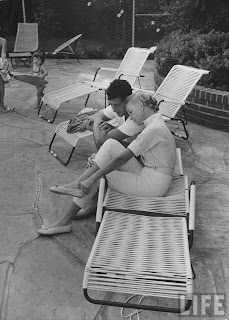 "As a person I want to know more about my fellow man. I want to like them and I want them to like me when I'm not in the spotlight". - Cool wish. 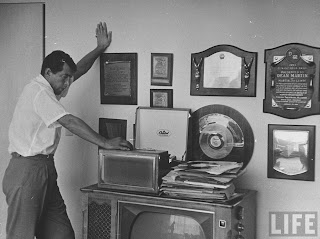 "Professionally I hope that Jerry and I can get back to working like we did in the old days as a very close team. There's no reason why we can't get back in there and pitch for fun as we did in the old days. We both want it very much and I believe the public does, too." - I wish they would have worked it out. They played very well off each other. 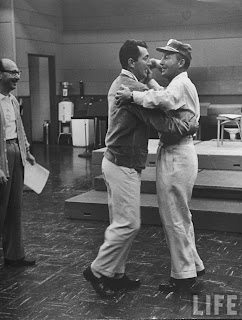 "Humour knows no borders. Sharing it is something people the world over have in common. As citizens, Jerry and I hope to spend our summer abroad selling Americanism." - Wonder if it worked . . . 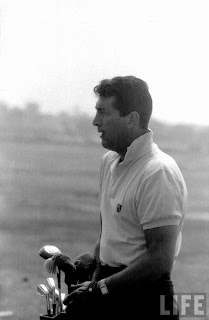 Email ThisBlogThis!Share to TwitterShare to FacebookShare to Pinterest
More Info: 1950s, Actors, Bing Crosby, Dean Martin, Homes of the Stars, Movieland, What 100 Stars Want Most in 1956

I recently came across your blog and have been reading along. I thought I would leave my first comment. I don't know what to say except that I have enjoyed reading. Nice blog. I will keep visiting this blog very often.

Hey pallie Amanda, thanks so much for liftin' up the name of our Dino and sharin' your Dino-love with us. Never was, never will be anyone as cool as the King of Cool....oh, to return to the days when Dino walked the earth...

Wonderin' if you would share the source for your Dino-quotations...particularly in awe of this one...."As a person I want to know more about my fellow man. I want to like them and I want them to like me when I'm not in the spotlight".

btw, just to let you know that you amore to our Dino is bein' featured this very day at the ilovedinomartin Dino-blog....

The quotes are from Movieland's 1956 Annual (magazine) Page 75. Hope that helps!

Hey pallie, likes thank you so Dino-much...and thanks for becomin' a follower of the Dino-action at ilovedinomartin...hopes you will stop by often and checks on what our Dino is up to next...