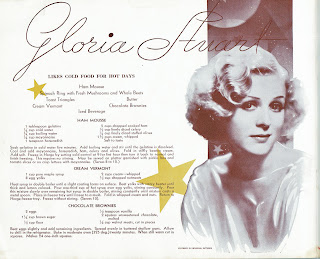 I'm not quite sure I would enjoy a Ham Mousse or Spinach ring, but I do love butter toast. Definitely intrigues by the Cream Vermont. Curious about what it looks like and would taste like. And can you really go wrong with Chocolate Brownies? 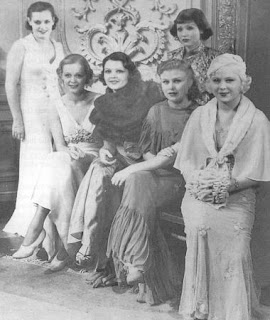 The wonderful Gloria (second from the left), took a hiatus from films after 1946 and returned gradually to the spotlight by appearing occasionally on TV starting in 1975. Most people today however know her as the Old Rose from 1997's cultural phenomena Titanic. 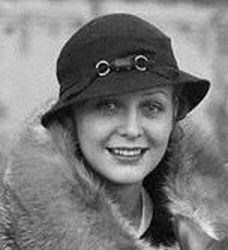 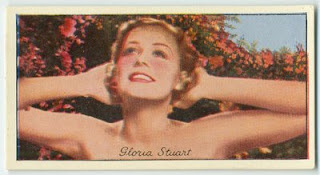 She was a founding member for the Screen Actor's Guild 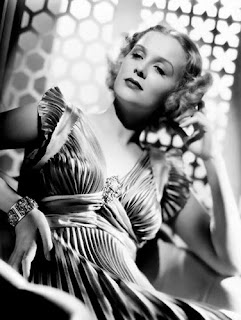 "When I graduated from Santa Monica High in 1927, I was voted the girl most likely to succeed. I didn't realize it would take so long" - Gloria Stuart

Here is Gloria with the stars of 1933. It also includes some of the fabulous ladies that have been highlighted in the cookbook such as: Ruth Hall, Ginger Rogers, and Lona Andre.
Future featured star whom we will learn about in a few days, Dorothy Wilson, is also included.
Best Wishes A at 12:26 AM