John Wayne Gets Hitched in Hawaii 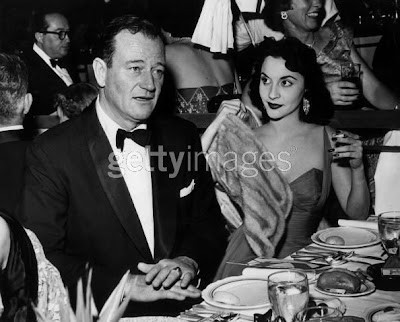 Wonder Why John Wayne and Pilar Palette didn’t invite Lex and Lana to their marriage and wedding reception? 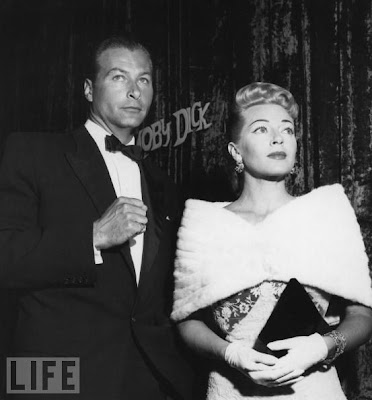 They were all in Hawaii when the wedding ceremony took place. And Lana had just co-starred with John in “The Sea Chase.”. 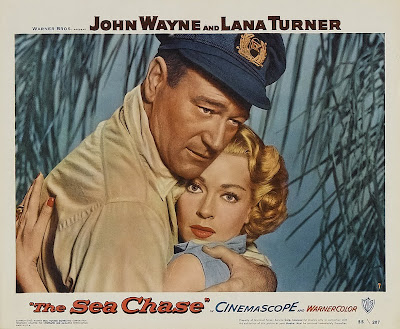 Duke was quoted as saying something to the effect: “You can bet this will be a hot marriage. The ceremony was performed on a lava bed.” It was, of course, an idle jest, but it just may prove to be true. Both John and Pilar have fiery tempers that easily get out of control, but they cool off quickly. They’ve already had frequent squabbles. Many of their friends – who like them both – wanted them to wait longer to see if they were really meant for each other. Now that they’re married, we wonder if Pilar will listen patiently in what could be Duke’s theme song: “Don’t fence me in”. 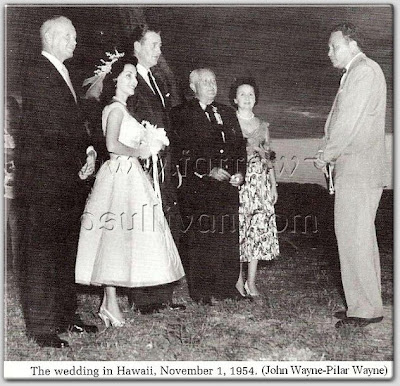 John Wayne and Pilar Palette, a former Peruvian actress, were married in Hawaii November 1, 1954 - the very day his divorce from 2nd wife Esperanza Baur was finalized. According to Pilar, Wayne got a phone call from his attorney while in Hawaii during the filming of The Sea Chase to tell him the divorce from his wife was finalized. He went into their hotel room and said they were going to get married that very day. She and Mary St. John were to find the dress and The Duke would do the rest. He wanted them to marry at sunset to the sounds of "The Hawaiian Wedding Song" and honeymoon at the Royal Hawaiian Hotel. (Source: http://johnshore.com/2008/06/05/how-john-wayne-proposed-to-his-third-wife-pilar/). 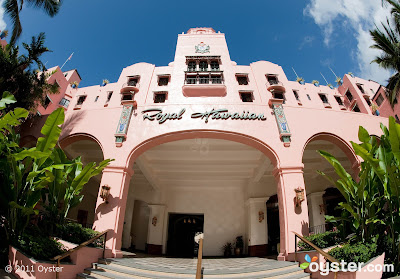 John Wayne and Pilar Palette stayed together until they separated in 1976 and were still technically married at the time of his death in 1979. Pilar keeps herself busy these days as an artist.
Best Wishes A at 12:39 AM

Great photo of the Duke and Pilar! What newspaper did that article appear in?

Duke sure had a thing for Latin women.