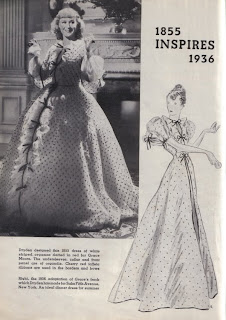 After evaluating Grace Moore, Madame Sylvia concluded that Grace sat too much, and it messed her up. Grace refused to listen to Sylvia stating, "Well my tests at MGM were pronounced perfect. And I did one whole scene in profile" (Hollywood Undressed, Page 163). 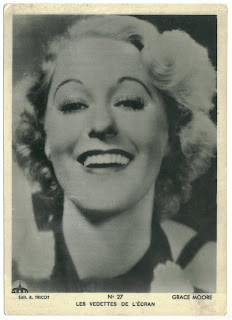 What Grace didn't know was that MGM thought Grace's middle was not up to shape, and asked Sylvia to help her. Grace didn't like the first treatment with Madame Sylvia, so MGM cancelled Sylvia's services. Turns out Grace had quite a bit of clout! 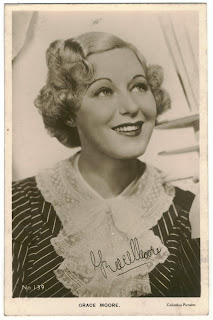 Needless to say, after this Madame Sylvia wanted little to do with Grace Moore. Grace, ever wanting to be the popular hostess, invited Sylvia to a hilltop party. Grace would have MGM send over the lion, and Beatrice Lille would be there. Sylvia hung up on her after saying, "And I'm supposed to be part of the menagerie?" (Hollywood Undressed, Page 164). 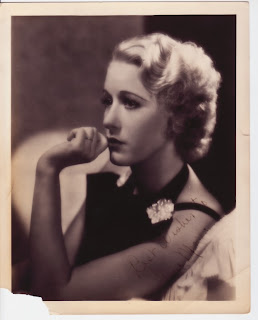 Up next: What kind of diet does Marie Dressler follow to stay "in shape"?