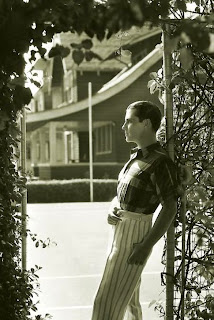 Ramon Novarro (February 6, 1899 - October 30, 1968), the well-known silent star heartthrob, was one of Madame Sylvia's clients. He lived a quite interesting life, and unfortunately traumatic death. To read about his life and death, check out http://www.imdb.com/name/nm0003895/bio or http://www.ramonnovarro.com/. 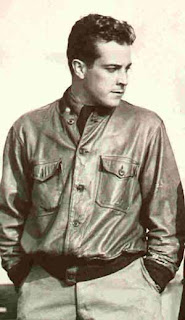 According to Sylvia, Ramon lived with his Spanish father, mother, and 10 brothers. I'm not sure how accurate this is. Every other biography I have read about him, says he had 3 sisters and 4 brothers. Not sure who the other boys were.

Madame Sylvia had a 7 AM appointment daily to give Ramon a massage. What creeped her out, was his bedroom. According to Sylvia, Ramon's room was a replica of the burial crypt of a saint that resides in Vatican City. In fact, his bed was "high, narrow, and set on a pedestal, is a sarcophagus, under a purple canopy crowned with a wreath of thorns" (Hollywood Undressed, Page 65). Sounds quite creepy to me! I know it's modeled after a Saint, but it sounds like something Dracula would sleep in :) 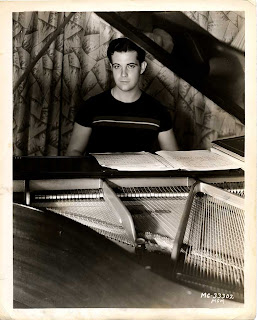 The only observation Sylvia made about Ramon himself, was that he was soft and delicate. She thought he was quite a sweet person. The only time Madame Sylvia had a problem with him was after he got back from a trip to Germany. You see, he got quite a bit of a tummy after the trip. To prove the point, Sylvia decided to trick Ramon. One day, Sylvia saw Ramon in his pool and asked him if he could float indefinitely. He said he could while smoking an entire cigarette. Well, his fat was obvious. Ramon's excuse was "Who can resist Munchener beer?" (Hollywood Undressed, Page 66). Who could indeed? 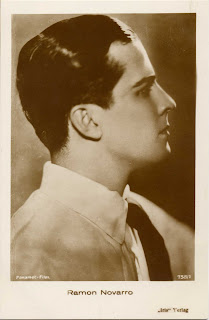 Next Up: Ernest Torrence gets tricked into a massage
Best Wishes A at 12:42 AM

Madame Sylvia sounds like a lil whipper-snapper! No wonder the stars flocked to her, I'm sure she was just as crazy as her clients! hehe

I think the ladies of my mother's era were all ga-ga over Ramon! He certainly was handsome. I really enjoy your historical Hollywood posts! Thanks for the links too!

He was a very handsome guy. That bedroom sounds wonderful! xx