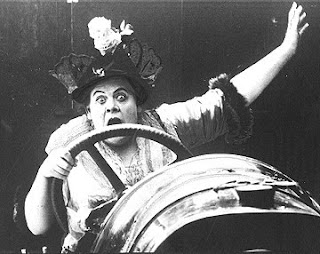 Marie Dressler (November 9, 1868 - July 28, 1934) was quite an unconventional star, but she was quite famous. Marie appeared in silent movies in the 1910s, went away do to illness, and them had a career comeback in the 1920s. While many may consider her a ham, she was quite a good actress, even winning a Best Actress Academy Award in 1931 for her work in Min and Bill. And who could forget her fabulous portrayal as Carlotta Vance in Dinner at Eight?

Madame Sylvia attributes Marie's fame to the fact that "she is competition for no one. Marie is nobody's rival for a beauty prize" (Page 13). In fact, to quote Marie herself, "I'm too homely for a prima donna and too ugly for a soubrette." 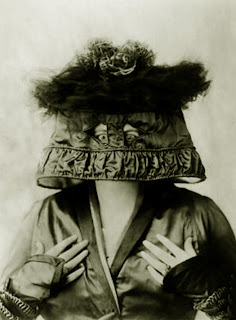 Marie Dressler started visiting Sylvia in 1925. Sylvia was recommended by a doctor at the Ambassador Hotel to Marie when she came in for gastritis. As time went on, Marie visited Sylvia intermittently because Madame Sylvia improved her looks too much, and as Marie put it "My fat is money in the bank (Page 22)." How many actresses would say that? 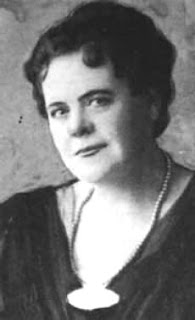 When Marie Dressler made it big, the first thing she did was to check into the Ambassador Hotel, the second was to send for her astrologer Nella Webb. Marie did nothing without her astrologer's o.k. Her astrologer, Nella Webb, prophesied that Marie would make it in Hollywood when she was getting nowhere in New York (Page 19). Some things I have read claim that Marie and Nella were lovers. 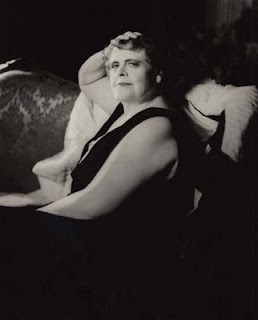 Marie knew that she was a valuable commodity. For example, when time came up for her to get a raise, the studio held out. She refused to cave, so Marie rented a mansion in the Hollywood Hills, got herself a second car ("just a little Packard for the servants, my dear!") and laid in a winter's supplies and high-priced Filipino Chef to cook them. Marie even went so far as to leave for Grand Central Station threatening never to return to Hollywood. It worked - for studio executives met her at the station with a new contract for twice what she asked (Page 24).
A fun side note, during the filming of The Callahans and the Murphys, Marie had to drink 12 steins of near beer every day for a week camera. Needless to say, Madame Sylvia was not pleased with this.
For some great sites about Marie Dressler, check out:
Marie Dressler Q & A with Matthew Kennedy http://www.altfg.com/blog/actors/marie-dressler-matthew-kennedy/
The Marie Dressler Story http://www.mariedressler.ca/
Marie Dressler at IMDB http://www.imdb.com/name/nm0237597/
Marie Dressler's Broadway Appearances http://www.ibdb.com/person.php?id=7532
Marie Dressler Profile on TCM http://tcm.tv/thismonth/article/?cid=202406&mainArticleId=201929
Up next, Madame Sylvia's entanglements with Mae Murray gets quite dicey.
Best Wishes A at 11:58 PM

YaaY, I love the unconventional stars just as much as the vintage beauties!

Marie Dressler was a very real person. Her movies are the best.