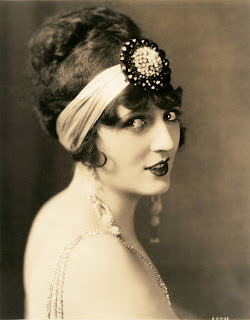 Madame Sylvia had quite a juicy bit of gossip about silent star Carmel Myers (April 4, 1899 - November 4, 1980) in Hollywood Undressed. Carmel was quite famous in the silent era, but like many others, did not transition well to sound. Not because her voice didn't sound nice, but she just faded into minor parts. She is probably best known for her role as Iras opposite Ramon Novarro in Ben Hur (1925).

After basically retiring from acting, she sold real estate and French perfume. 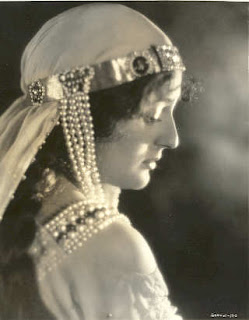 So according to very own Madame Sylvia:
One day Carmel Myers' had a chauffeur drive her to the Old Culver City lot, the one with the colonial portico, lawn and carriage drive, and guarded gate at the fence. 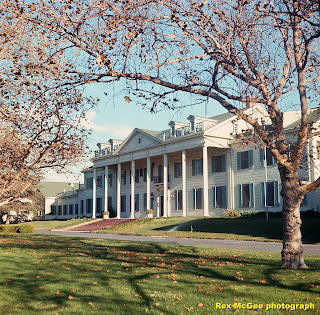 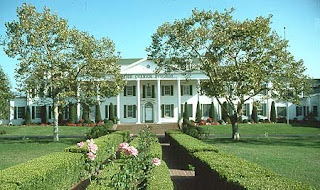 Gloria Swanson made her United Artists pictures on the Pathe lot. Joe Kennedy her "manager" paid the Pathe people for the use of the stages. Gloria was the only hired hand whose car was given the privilege of passing the grilled gates and depositing the passenger at the pillared portico. Warning - This is not going to turn out well. 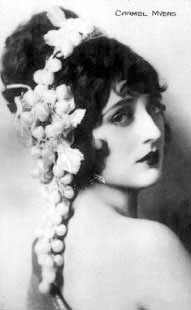 Poor Carmel Myers made the mistake of driving through the gate when it was still open from Gloria just having driven through. Naturally, there was a major uproar at the studios. Madame Sylvia didn't mention what poor Carmel had to endure, but she did say "Carmel got a sore foot because of it".  The mind wonders . . . 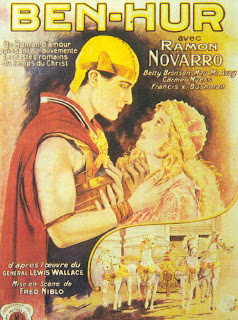 Edited 4/13/2017.  Facts edited due to grateful help from readers.  Post used to include video of Carmel Myers Television Show which is no longer available anywhere online (that I can find).
Best Wishes A at 9:37 PM

There's an award for you at mine

I loved this.
A sore foot...
I must admit this foxes me.
What is your guess as to what happened?

Gosh, I find all of these silent era stars so pretty. I wonder why she didn't make the transition to talkies?
I am curious about the sore foot too!

What a beautiful woman, she had such alluring features - there's almost something gypsy-ish about her those earlier shots.


Have a terrific evening, sweetie!
♥ Jessica

My thoughts about the foot range from walking over hot coals, or perhaps stepping on tacks to excessive exercise until she hurt herself. Hoping there was no foul play involed, there. She seems like a sweet, beautiful woman. She seemed to have a normal life and was definitely gorgeous. Too bad she didn't have a longer career.

(I removed my first comment due to my poor spelling. I have got to proofread :)

She was no cremated. She was buried near her parents at House of Peace Cemetery in LA. Would be very unfitting of a Rabbi's daughter to be cremated. Especially at the time of history.

Thank you so much. I have no idea where I got those ideas about her remains. Post is corrected.