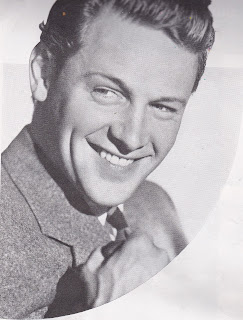 Here's everything you ever wanted to know about Hollywood's new golden boy, in 1940 anyway, William Holden: 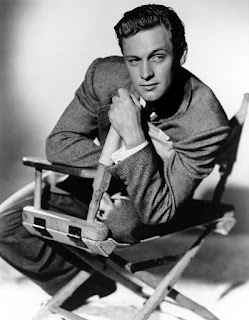 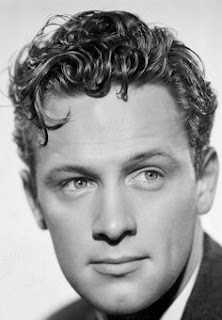 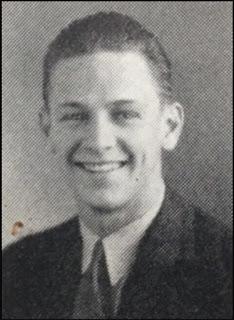 How does he feel about his new job?  To quote Holden, "I'm in pictures for the duration of the public's interest.  I love the work."

Mandy's Musings - I'm glad he loved the job.  He was fantastic in many films.  My favorite William Holden role is of Joe Gillis in the iconic Sunset Boulevard.  And who isn't slightly troubled by the fact that he was basically a valet at age 8?  Why were they letting this kid park cars?  No wonder he hated showbiz after this experience.  It seems logical he was treated poorly in that job because he was a kid.  I also had no idea he was so musical.  When I think of William Holden's image, I don't think music.  I suppose I should have guessed since he was in Picnic, but I think of him in harsher roles.  I would love to have heard him sing Gregorian chants.  Hearing who his favorite actors was interesting.  And of course, he that he was related to 2 presidents.  And of course, I was definitely surprised he wanted to be a scientist.  Who knows what kind of diseases he could have cured?  Who knew the simple act of filling in for a sick friend in a play would change William Holden's life forever?  I can't help but feel bad for the person he replaced.  They could have made it.