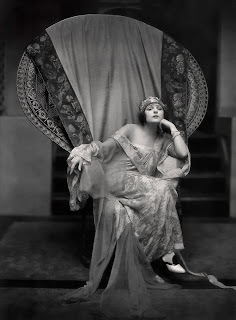 Hollywood Undressed was written during the transition between silent and sounds pictures, so there was naturally some practical things that needed to be done with the starts to make them sound ready. One of these was finding a voice coach to aid voices that were not ideal for sound pictures. 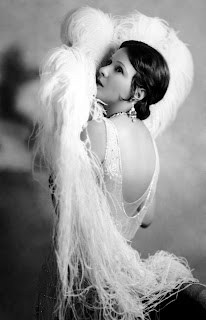 Actors and Actresses grabbed for Italian voice coaches. They believed they were the best. Norma Talmadge, got one from New York as did Laura Hope Crews. 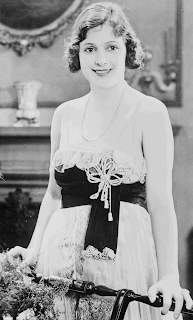 Gloria Swanson did not get a vocal coach. Instead she stressed out gained a little weight. 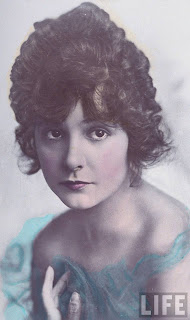 Gloria Swanson, like many film stars, had a lisp. This definitely needed correction for the translation to sound films. Gloria asked Norma Talmadge if she could borrow her vocal coach, Laura Hope Crews. Norma agreed and so Hope Crews coached Gloria Swanson for her first talkie, Edmund Gouldings' "The Trespasser." 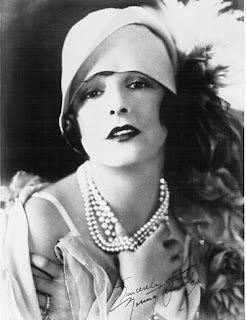 *Note - All photos on this page are of Norma Talmedge
Up next, Gloria Swanson, Queen of her household
Best Wishes A at 10:59 PM

The pic in the fan chair: The definition of aloof!

Such fantastically glamorous shots! It really must have been a stressful, though also exciting, time in those years when Hollywood made the transaction from silent films to talkies, for the men and women who had, up until that point, been making their livings from the movie business.

On a different note, I hope that you and your husband are feeling much better than you were a few weeks ago, sweet heart!

Thanks Jessica for asking. Hubby Kris is back up to snuff and lost 15 pounds (lucky). I recovered from my slight case of pneumonia but now have a sinus and double ear infection. Feels like I've got a hat over me head and ears all the time. It make public service a little difficult, but that's how things go.

I'm not sure why some didn't make the transition to sound. Obviously some of their voices did not fit their image, so they were out. Some I think might have been getting older and would have been bumped out anyway. Others may have upset the studio heads or were too much of a diva, and the transition to sound may have been the perfect excuse to get rid of them. I'm sure there are many other reasons, too.

This site took foreva to load...not sure why.

I was wondering what your source for all this on Gloria was? Not that I believe everything she said herself (bless her) but I do doubt she had that much trouble transitioning what with her singing and all.

Not one star ever failed to the talkies. Ever.

I'm running a series based on the book Hollywood Undressed by Madame Sylvia, a masseuse. It is basically a bunch of gossip, and most of the material comes from that along with my personal comments and pictures from a variety of sources.

Not sure about the loading, probably all the pictures.