What is wrong with Constance Bennett? 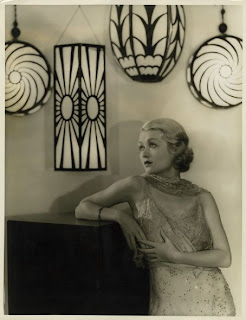 According to our masseuse Madame Sylvia, the studio believed there was something wrong with Constance Bennett. They thought she looked sick, but was afraid to say anything. To try to figure out what was going on, Sylvia and her crew, set a trap. Joe Kennedy had a dinner party with Gloria Swanson, Laura Hope Crews, some gents, and Constance Bennett. Sylvia was invited, so she could try to figure out what was wrong with Connie. 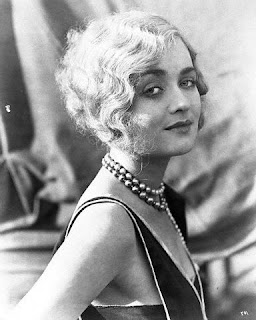 The problem was she looked sick, her face was skinny, and her vertebrae showed. These days Hollywood would give her a medal, not be concerned about her! Because of her appearance, Connie's first talkie Rich People (1929), was postponed. 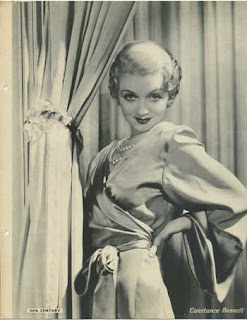 According to our Masseuse to the Stars, Madame Sylvia, Constance Bennett was "high-bred, high-strung, restless, and jumpy as a flea" (Hollywood Undressed, Page 137) before she started working on her. Madame Sylvia started giving her nightly rubdowns to help Connie sleep. 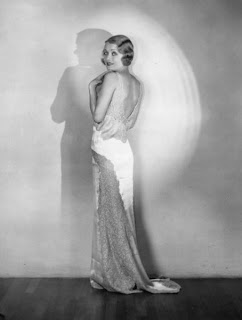 And it's no surprise, Gloria Swanson and Connie Bennett hated each other. To keep Madame Sylvia on her side, Connie offered to introduce Sylvia to royalty and invited Sylvia to accompany her to Europe. Gloria Swanson freaked out and Joe Kennedy chewed poor Constance out! 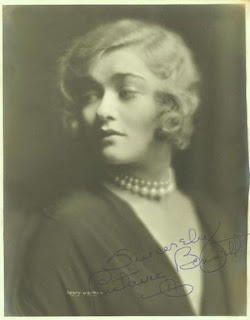 Madame Sylvia decided not to go on the European trip, even though Connie also tried to bribe her with her Sapphire ring! Who could say no to a European trip and a fabulous Sapphire Ring? I know I couldn't! Poor Constance went to Europe without Sylvia and came back with a child.


Up next - Grace Moore tries to upstage Gloria Swanson
Best Wishes A at 10:14 PM

It's clear that no one would want Madame Sylvia on their "wrong" side! That woman was a powerhouse! Love the gossip but poor Connie! Have a great Monday! Coralie

it was a jungle in Madame Sylvia's salon!!!

Bring back the "Torture Chamber"!