The Fly is Here 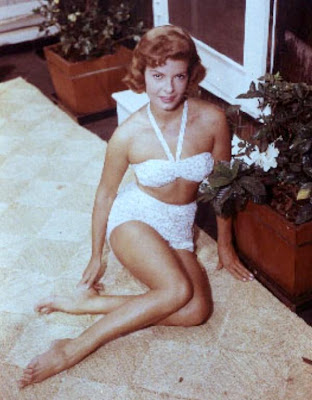 I saw the original The Fly (1958) film yesterday and was struck by how wonderful it actually was. 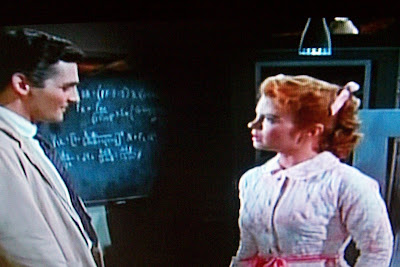 Sometimes the Sci-Fi and acting can just be so cheesy, but I thought the wife, played by Patricia Owens, was wonderful. 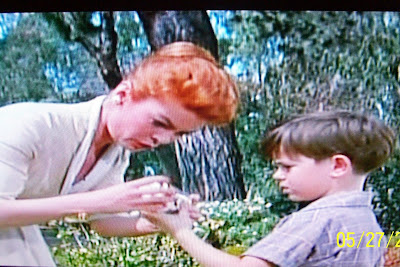 You have to admit the premise sounds a bit strange and could have been way over the top. A husband creates and matter displacement machine and his matter accidentally gets mixed up with a fly's. 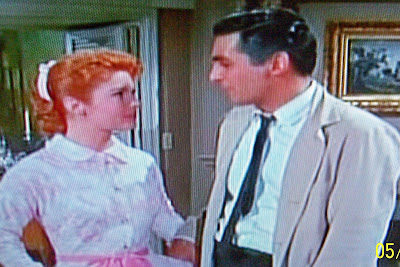 Well, Helene, his wife, spends the film looking for his head which has been been attached to a fly. This could have been extremely poorly, but I was totally enthralled with the film. 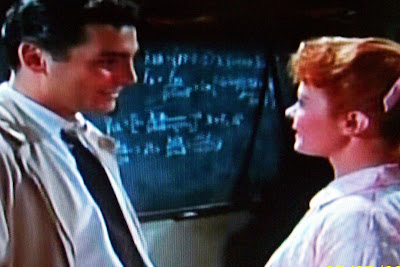 Spoiler alert
The ending was super shocking and I was incredibly freaked out by the husband's head on the fly's body about to be eaten by a giant spider. I was super grossed out. I would definitely recommend it for anyone who enjoys a fun sci-fi film that is actually very well acted.

Started off the morning watching a film I haven't seen yet, 1954's There's No Business Like Show Business on Fox Movie Channel. I adored the costumes, but I am not a huge Ethel Merman fan (I know, sacrilege). Loved this pink and white number on Marilyn.

Donald O'Connor and Marilyn Monroe
in There's No Business Like Show Business
I've been trying to make a point of doing some cleaning every day, so hopefully my house will be clean soon. Unfortunately I went downstairs and saw the pillar in the picture below. The paint chip just started bothering me so much I had to take care of it. Sometimes I just get so fixated on something, that I have to take care of it right away - regardless of the task I should be working on.

The Offending Pillar
So I ended up spending the afternoon dusting, washing, and painting my basement pillar. I can't imagine a lot of you were doing the same thing :) 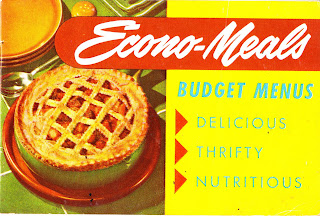 So when dinner came around, I was at a loss. I decided to check out a few of my vintage pamphlets. Econo-Meals sounded pretty good since I have been out of work over a month and scrounging for meals, and it turned out the good people at Crisco came to the rescue. 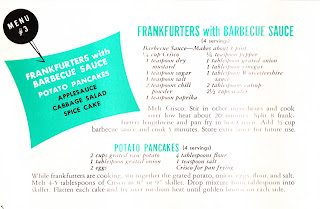 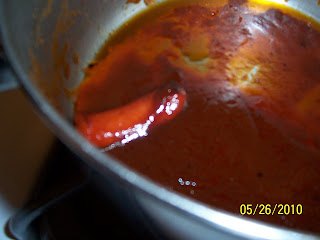 No, I didn't take the time to make my own barbecue sauce (I'm not that ambitious). I just used my personal favorite sauce from my favorite restaurant, Famous Dave's. 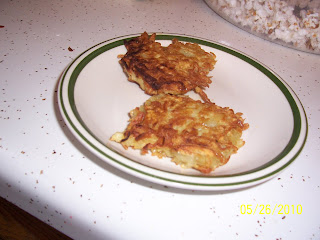 My first attempt at Potato Pancakes. Not too bad for a first try, huh?


More cleaning tomorrow, and hopefully I will be able to think of something to make for dinner.

A Clucking Pick Me Up

So, since I've been super cleaning my house the past few weeks, I found some pretty cool things that I forgot I had. They brought a smile to my face, and reminded me happier times and some soon to be vintage things. 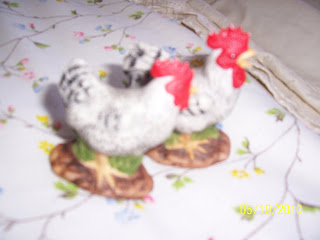 My Sister's Chicken Pox Chickens
One of the soon to be vintage things is Chicken Pox. I had the Chicken Pox in the summer after 1st grade when I was 6. It was right by my birthday and I got my very first two-wheeler. Unfortunately I was stuck on the couch. My 4 year-old sister had got the Chicken Pox from her "boyfriend" and passed it on to me. But she was better when the bike came, so she would ride my new bike up and down the street in front of the picture window to taunt me. As you can see, I'm still mad about it :) 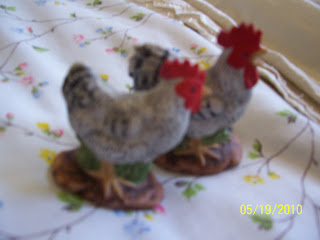 My Sister's Chicken Pox Chickens
Anyway, Chicken Pox is a soon to be vintage disease. Most kids are required to be vaccinated, and so they aren't part of this right of passage. My 19 year-old brother and other younger siblings had the vaccine, and have no idea what Chicken Pox even is, let alone what it feels like. I still feel a fondness for Calamine Lotion til this day. What an amazing product! Calamine Lotion was first developed in 1832 by John Smithson, the wonderful man who gave the money which was used to create the Smithsonian. It was first used to treat ulcers. We've always used it in my family for Chicken Pox, Bug Bites, and Poison Ivy. It took the FDA until 2008 to recommend it for itch treatment. Can't believe it took them decades to find out what we all knew.
Cartman Enjoys His Calamine Lotion
The history of disease is just fascinating to me. For a fabulous article on 19th century chicken pox treatment, check out this great blog: http://historicaltidbits.blogspot.com/2010/03/chicken-pox.html Some of the treatment includes drinking Epsom salt (which makes great bubble bath, by the way) and drinking toast. Still not sure how that would work, but don't sign me up. I assume it is something like milk toast. 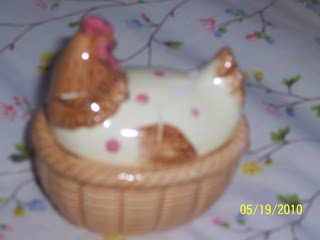 My Scarred Chicken Pox Chicken
Anyway, my treasure for today is my Chicken Pox Chicken. Any time any one of her grandchildren suffered from the dreaded Pox, we got a Chicken Pox Chicken as a treat from my Grandma. My chicken was on a little nest which you could hide things in. I would put stickers in mine. But what I thought was the coolest was my chicken had Chicken Pox too! As you can see, my chicken has been played with by my younger siblings and has got a few bumps along the way, but that makes it even more like me :) 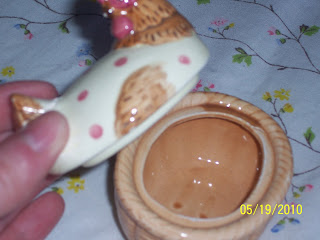 On a side note, I have to only get my craft room, kitchen, and basement picked up and then I'm all finished! Hopefully it will only take me a few weeks more :) 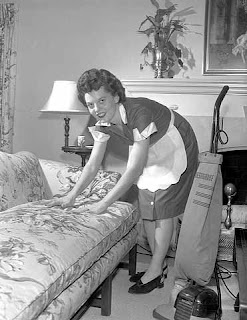 Had major issues lately which has kept me from posting. I apologize to my loyal readers. Long and short of it, my house was trashed and I only have my top floor clean plus 1 room on my main level and other issues I'm dealing with. I've been busy trying to recover from it, so please forgive the lack of posts. Had a few bad weeks, with more to come, but I have wonderful people around me who have been helping me stay sane. I luv u all :)