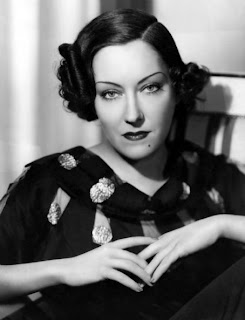 In 1929, Madame Sylvia was under contract to Pathe. She was in charge of taking care of Gloria Swanson, Ina Claire, Grace Moore, and Constance Bennett.. Under her Pathe contract, Gloria got first dibs on Sylvia's services - everyone else had to work around it. During this time, Ina Claire's old beau, Gene Markey, started seeing Gloria Swanson in order to make Ina mad. Instead of Ina Claire becoming mad at Gloria, she became mad at Sylvia and stopped seeing her. 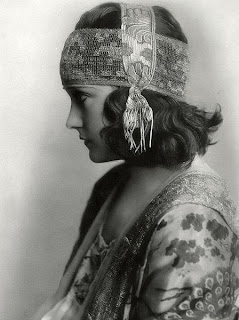 On a side note, Sylvia gave a pretty disgusting overview of the Hollywood hierarchy she observed while working at Pathe in Hollywood Undressed:
"In Hollywood you can high-hat some, and you can't high-hat others. On the lot you can high-hat writers, dialogue directors, the man who takes orders for custom-made shirts, people who act in Westerns, and Spaniards" (Hollywood Undressed, Page 105).
I'm not sure if that says more about Madame Sylvia, or the times in which she lived.
Up next, Carmel Myers gets on the wrong side of Gloria Swanson.
Best Wishes A at 9:48 PM

Gloria Swanson was awesome. Really pretty. I fact, I saw Sunset Boulevard with Gloria to day. I love that movie!

What immensely lovely girls! You always find such excellent photos to accompany your posts, honey!