At first when I saw the name Neil Hamilton in Hollywood Undressed, I thought I had no idea who he was. Wouldn't you know that after a bit of research, I did know of him, but hadn't realized what a long career he had. 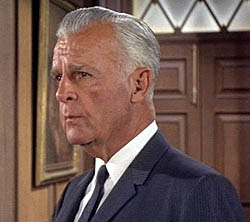 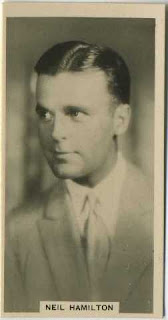 Neil Hamilton grew up Roman Catholic in Lynn, Massachusetts. Hamilton started out as a shirt model. His big break came in D.W. Griffith's, The White Rose (1923). In the 1920s, he was a leading man for Paramount, although most of his films are not familiar to many today. Some of the more popular films he appeared in were Brewster's Millions, Beau Gueste, and Tarzan. 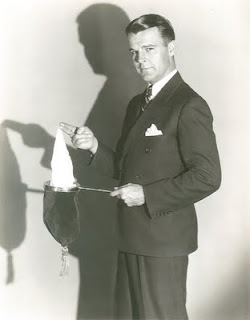 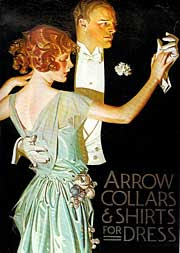 Madame Sylvia had quite a fun episode with Neil Hamilton. At the time, Neil was living in what they referred to as Actors' Row on Malibu Beach. Sylvia described it as "a bunch of dinky shacks built on piling in the beach sands". Sylvia would go door to door on Actors' Row, giving massages.
One night after Sylvia stayed late at Anna Q. Nilsson's, she decided to stop by Neil's, because there was a light on. As Sylvia approached - all the lights went out! She knocked on the door, and no one answered. Sylvia heard a bunch of commotion going on inside, so when she found that the door was open, she went inside.
Naturally, Sylvia was quite confused. Why on Earth did they turn the lights off when she came up the drive? The response she got was "Whatinell do you want to drive around in that kind of roadster for?" (Hollywood Undressed, Page 72).
Turns out Sylvia drove the same style car as the policemen who were charged with enforcing prohibition. Seems that Neil and co might have been "having a good time" as they say. And this from a man who would play Commissioner Gordon! 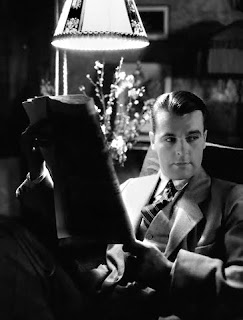 Up next . . . Troubadour Lawrence Tibbett

Interesting; I never knew he had so many films to his credit before Batman. I've probably seen some of the films he's been in and never recognized him!

Commissioner Gordon is probably the way I remember him...but only because you told me about this role. He was one of those actors who work constantly but few people know his name or remember him. Yet, many films of yesterday—without him—would not be as memorable today as they are! Great post!

He was quite dashing in his younger days! Don't feel bad for a moment, I probably wouldn't have thought of him in any other role than of Commissioner Gordon, either. How fascinating to learn he had such a huge roster of films to his name.

If you are in the mood to accept a blogging award, there's one waiting for you here:
http://www.movietone-news.com/2009/10/kreativ.html

I knew Neil Hamilton and his lovely wife in Escondido Ca. They were a fun couple ,very devoted to each other. I loved hearing about his co-stars, I could listen to their stories for hours,I knew they had been around Hollywood for a long time but had no idea that some of the movies I had watched in my youth were some of Neils movies. Although he was quite ill when I knew them , he was still rather naughty and enjoyed being that way. He was a great tease. Very good sense of humor. His wife was very calm about his teasing. One day he was Neil being Neil and I ask her in a joking way, just how have you put up with him all of these years, she sighed and said ,"well it's been a long hard job", I remember thinking , it probably was. We all had a good laugh at that. Including Neil. They were a nice couple, I'm glad I knew them.