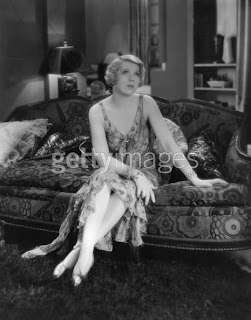 Ina Claire (October 15, 1893 - February 24, 1985) needed to get into shape for her first sound picture. Above is an image of Ina in that film, The Awful Truth (1929). Ina had been skinny in The Golddiggers, but according to many, she was now overweight. 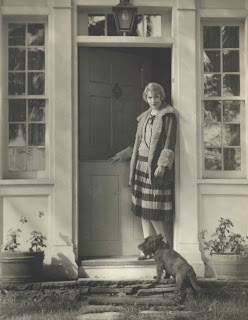 So, Hedda Hopper called Madame Sylvia to work her massage magic on Ina Claire. In her phone call, Hedda Hopper claimed "Ina Claire has to be taken down ten pounds in three days. Come and do it!" (Hollywood Undressed, Page 90). I can't imagine having to lose that kind of weight so quickly. 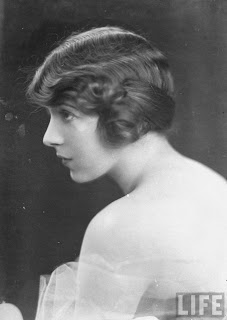 At the time, Sylvia was overwhelmed with clients including Alice White, Norma Shearer and Ruth Chatterton, and had to do morning conditioning on them all. Ina Claire, who was living at the Beverly Wilshire Hotel at the time, wanted a wake-up slapping from Sylvia at 6 AM, but Alice White already had that time reserved. 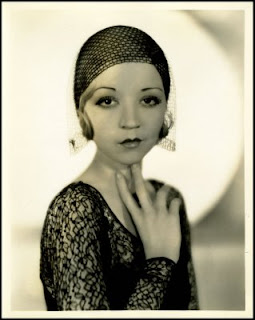 Well, Ina didn't seem to care that Alice White (pictured above and below) had the reservation, and so Ina offered to "pay Alice with something more valuable than money. Tell her I'll give her stage lessons!" (Hollywood Undressed, Page 93). Ouch! 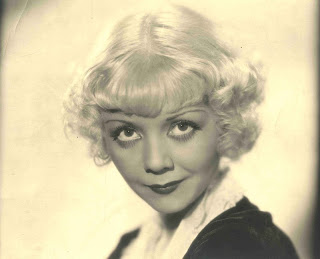 Alice White found out about this through the press. Alice thought Sylvia had gone to the press, but it turns out Alice Glaser, wife of scenist Barney Glaser, had blabbed the story. So naturally, Alice had to reply to Ina Claire's "offer". Her reply was "You tell her that I don't need drama lessons as badly as she needs lessons in how to move around in front of the camera without showing too many of her profiles!" (Hollywood Undressed, Page 93). Will these girls ever get along?
Next up, Ina Claire has wedding and party plans.

Lolita of the Classics said...

I'm so glad I found you! Awesome history and pics!

Love all this gossip!

What a beautie Ina Claire is! Thanks for stopping by my blog. :) Have a lovely weekend.

These vintage gossip posts are so juicy - I find myself wanting to know about what's coming up next a million times more than I care about the going-ons of any modern day celeb.

Thank you sweetly for your wonderful comments, honey. I hope you have an awesome weekend!
♥ Jessica

Good old gossipy Hollywood Heydays! And I love the photos, especially the one with that beautiful little dog! Another great post! Enjoy your Saturday and have a lovely weekend! Coralie