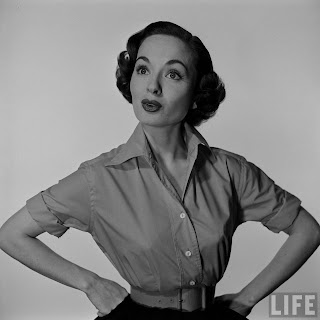 Ann Blyth is a true goddess to me. I adore her work in films, and as a person. One of my favorite quotes from Ann:

"As an actress, I have always believed that the truer challenge, the deeper
obligation, begins after the the camera stops. My role as a woman in my
community and in my home has always overshadowed the excitement of any part I
have ever played on stage or screen."

Since I could go on and on about her, I will just give a site to where you can find some info about her at TCM. Ann's 1956 wishes were: 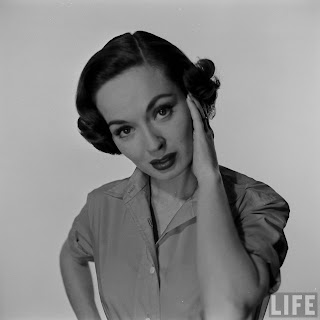 1. Personally, I want good health and happiness for our two children (She eventually had five). I expect my second on Christmas day. 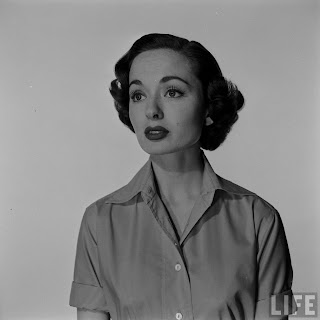 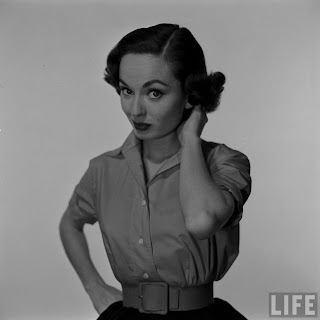 3. I'm married to a doctor so I know there are many diseases that could be wiped out and I'm not minimizing them when I say my own personal desire as a citizen is that someone find a help for children with muscular dystrophy. (Ann was married to Dr. James McNulty, brother of singer Dennis Day, from 1953 to his death in 2007).
Ann, as always, is quite classy in her wishes. I believe some of them came true. Now if only her third wish would come true!
Next up - Lauren Bacall and Humphrey Bogart and Keefe Brasselle
Best Wishes A at 10:30 PM

Email ThisBlogThis!Share to TwitterShare to FacebookShare to Pinterest
More Info: 1950s, Actresses, Ann Blyth, What 100 Stars Want Most in 1956