William Campbell was born October 30, 1926 in Newark, New Jersey and is still with us! He was sort of a B actor but he did appear in the cult film Hush..Hush Sweet Charlotte and on several episodes of varying Star Trek series including one of my favorite episodes of the original series, The Trouble with Tribbles. For a good post on William, check out Movie Morlocks. Some William Campbell trivia: 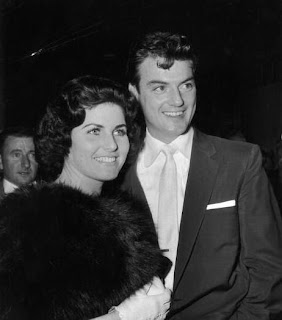 1. Personally, I'd like to see more of my mother. She's a wonderful person, but she lives back East. 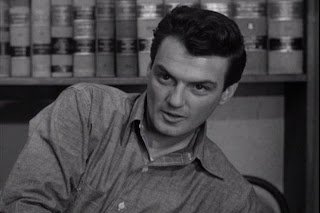 2. I had the chance of a lifetime in the Kirk Douglas picture Man Without a Star. Professionally, I'd like another chance like that in 1956. 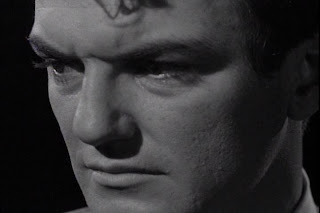 3. I'd like to see people living our Constitution instead of just talking about it. I believe in equality for all and I hope the time comes when we are all better citizens and better Americans because we practice what we preach.

Up next - Marge and Gower Champion and Jeff Chandler

Email ThisBlogThis!Share to TwitterShare to FacebookShare to Pinterest
More Info: 1950s, Actors, Movieland, What 100 Stars Want Most in 1956, William Campbell