Jack Holt and His Pastel Drawers 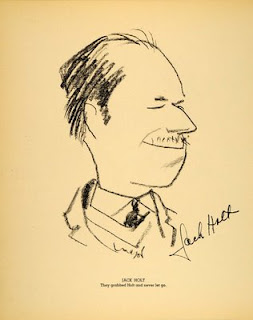 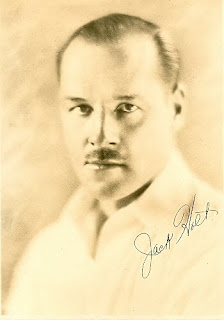 Jack , a native New Yorker and son on an Episcopalian minister, who was expelled from Virginia Military Academy for bad behavior. He had aspirations of being a lawyer, but ended up traveling the country doing just about everything. He mined gold in Alaska, rode cattle, delivered mail, worked on the railroad, and was a civil engineer. 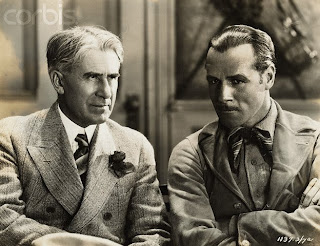 While employed as a surveyor in San Francisco in 1914, he got his big break into pictures. He offered to ride a horse off a cliff for a stunt, because no one else would do it. The director was so glad, he gave him a part in the film - and Jack Holt, actor was born.

Some Fun Facts About Jack: 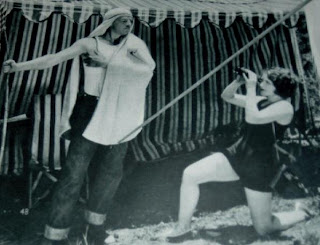 Sylvia gave Jack Holt facials quite regularly. She did not comment on anything about him, except that he preferred being naked, except for his silk purple drawers while getting his facial. Not quite what I expect from a macho western star.

Catch Jack in action in this flick

Next up - Why did Neil Hamilton freak out when Sylvia arrived on his doorstep?

What terrific fun - and fascinating - facts about this legendary early Hollywood figure. You always find the neatest things (and people!) to post about!

I have a picture of Jack Holt which I just discovered on the back of a watercolor by the French artist A. Deveria. Its painted on the back of the painting? I could send you a pictures if you like and maybe you can provide me some information about it. Have a nice day. bob