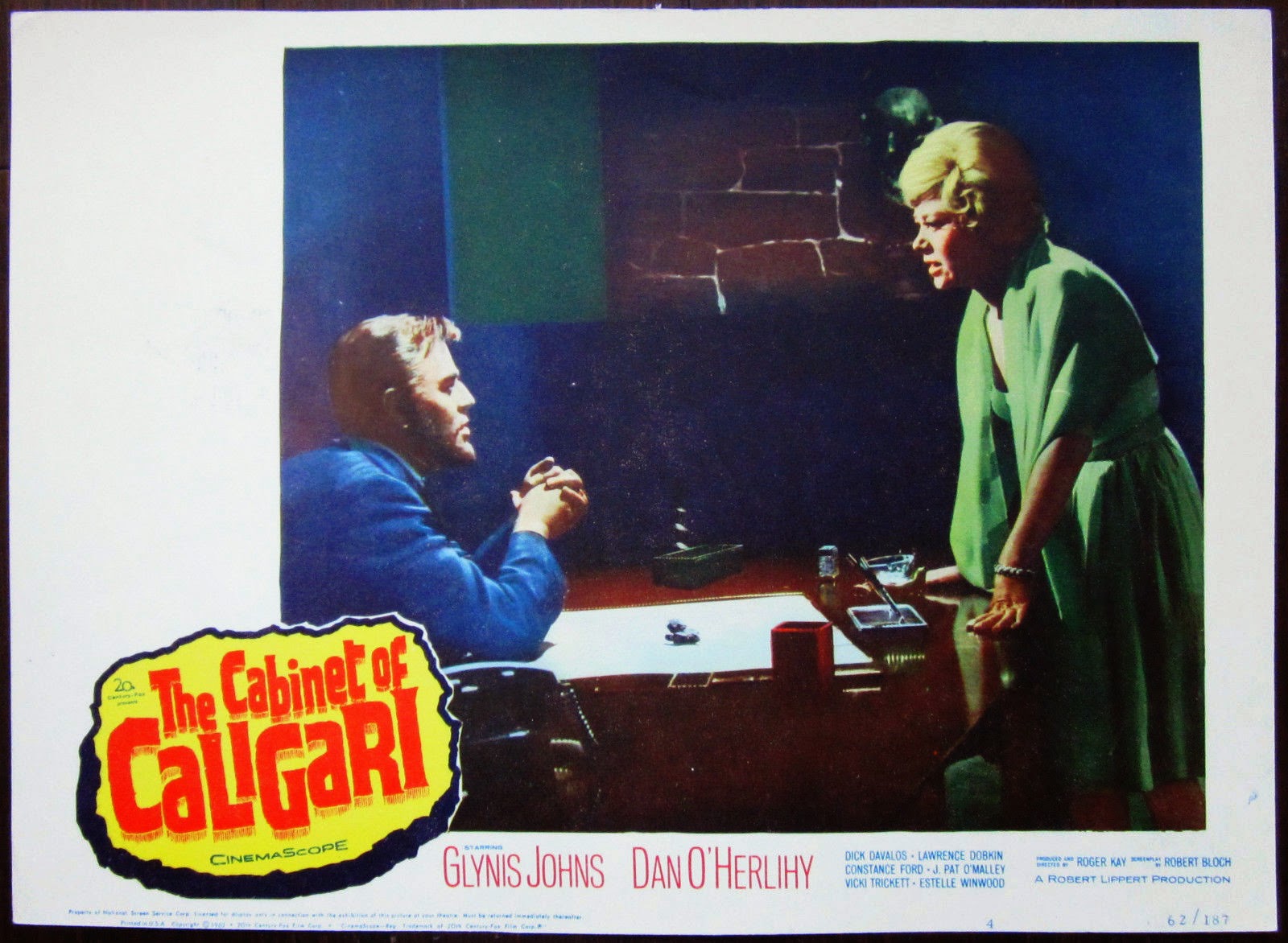 He has several people helping keep her there against her will, basically going crazy trying to escape.  There seem to be other captives there whom Jane tries to convince to help her escape, some more helpful than others.  An old woman, Ruth, says she will help, and ends up flogged to death.  Paul offers to help, but he seems shady.  She meets a man, Mark, who may be boyfriend material.  For some reason, Caligari seems to be sex obsessed, desperate for any information about Jane's sex life.  To try to escape, Jane basically throws herself at him. 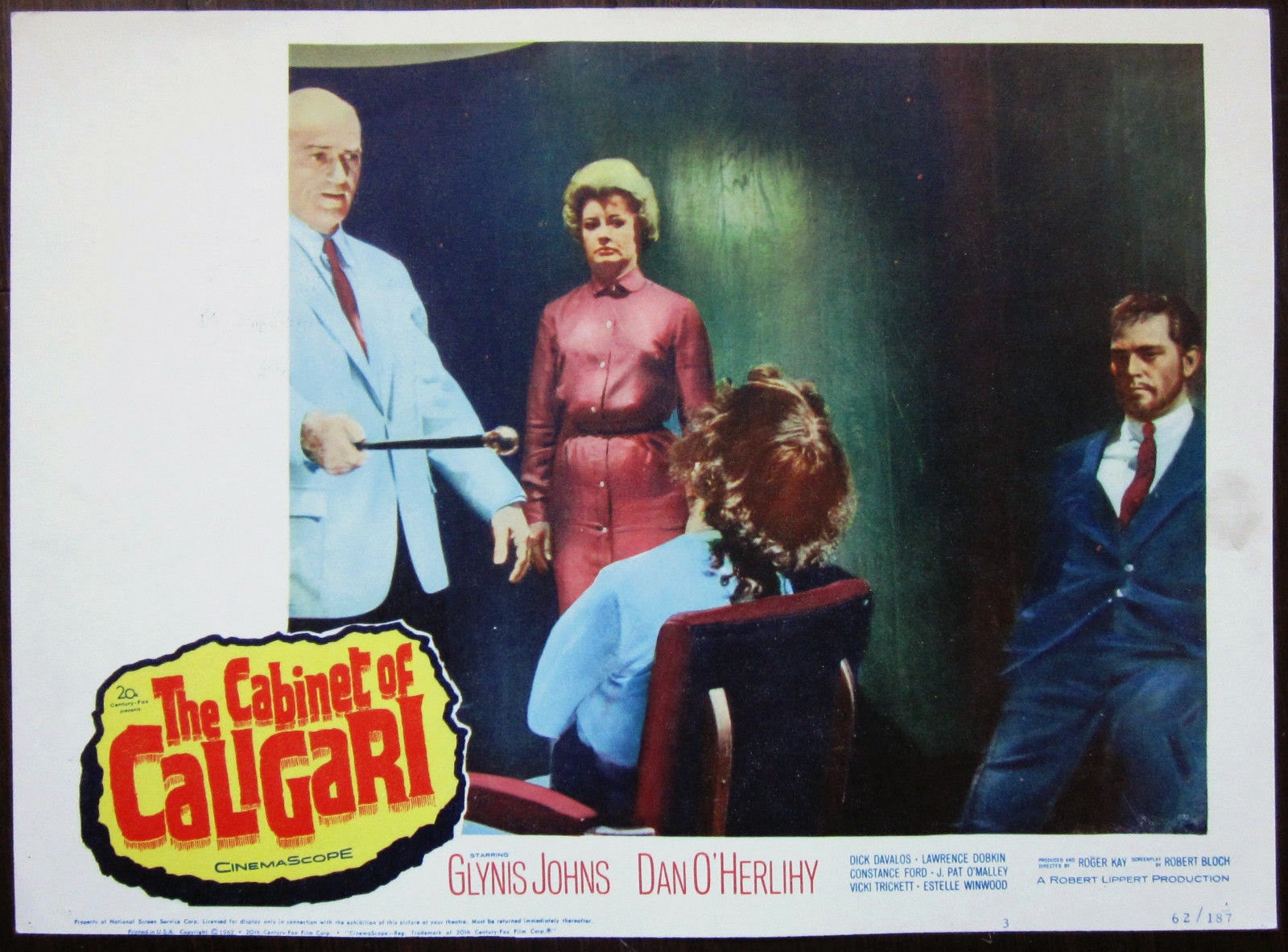 Spoiler alert - This film was very upsetting to me and I have some definite opinions based on the events that occurred in the film. 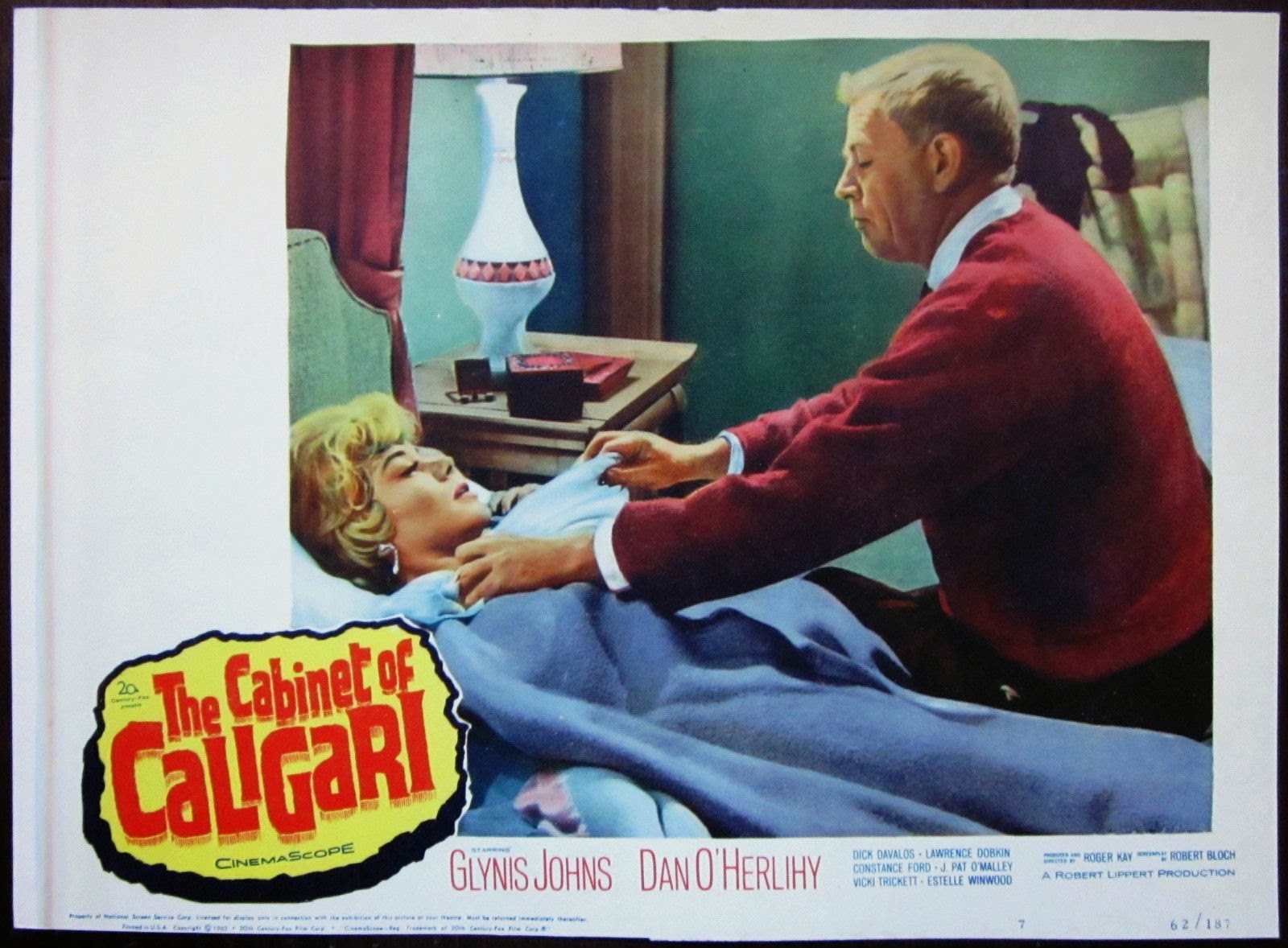 Basically the film was a dream.  I absolutely hate this device!  Jane had a breakdown, and the film was a hallucination due to drugs, therapy, and the breakdown.  Jane was in a mental hospital - not some creepy guys castle.  The people who helped Caligari were fellow doctors and nurses - not evil people.  Ruth, the woman who tried to help her was a fellow patient - not another captive, per se.  It also turns out that Paul, the guy who is supposed to help her, is really Caligari. 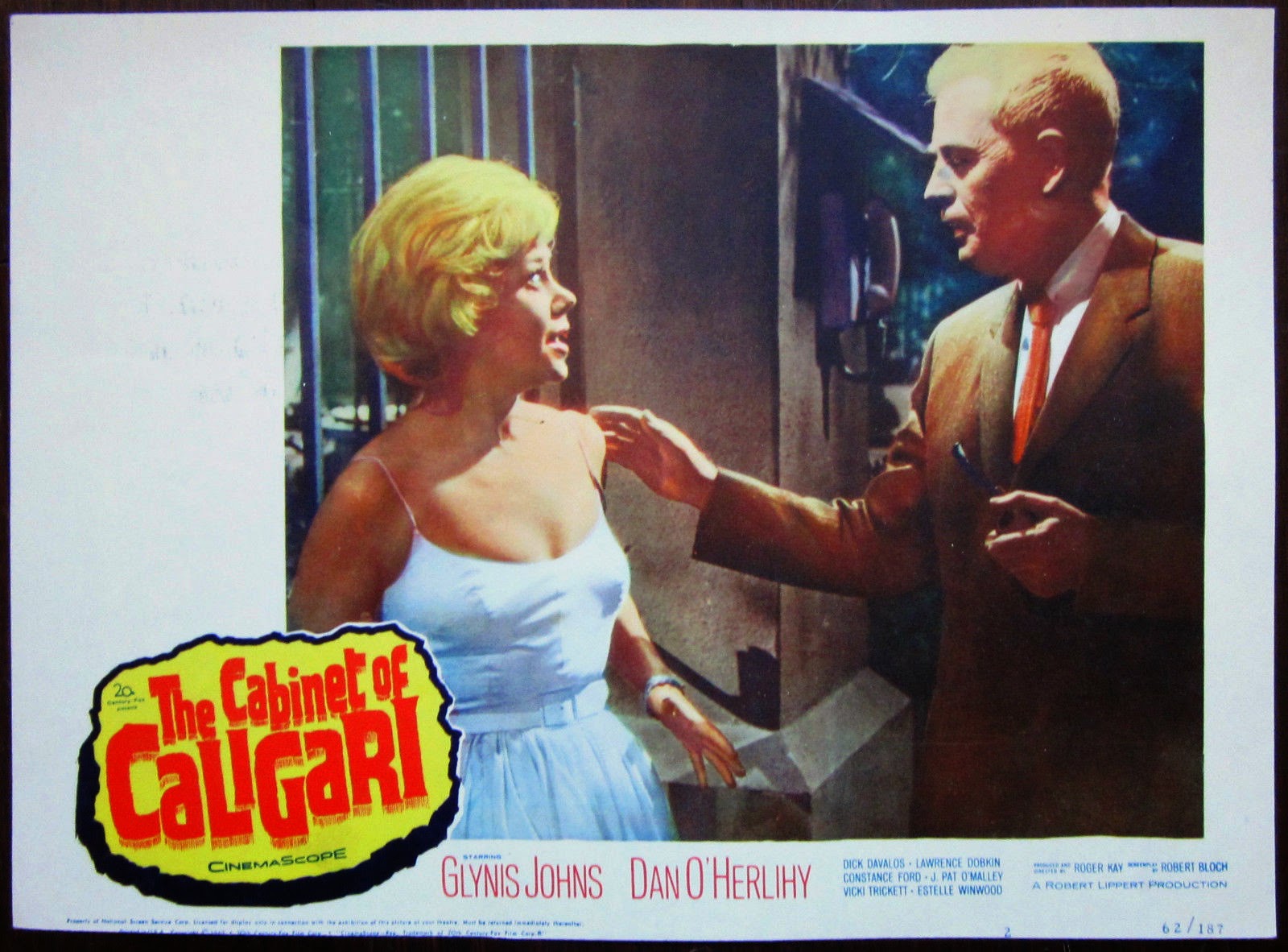 Jane is also not really young and sexy, she's an old frump woman.  That appears to be her hang-up.  It seems like her breakdown was a mid-life crisis.  Instead of the sexy clothes and sports car, her life is sweaters and a bun.  And the man, Mark, she was interested in, turns out it's her son!  The issues this woman has are disturbing, to say the least. 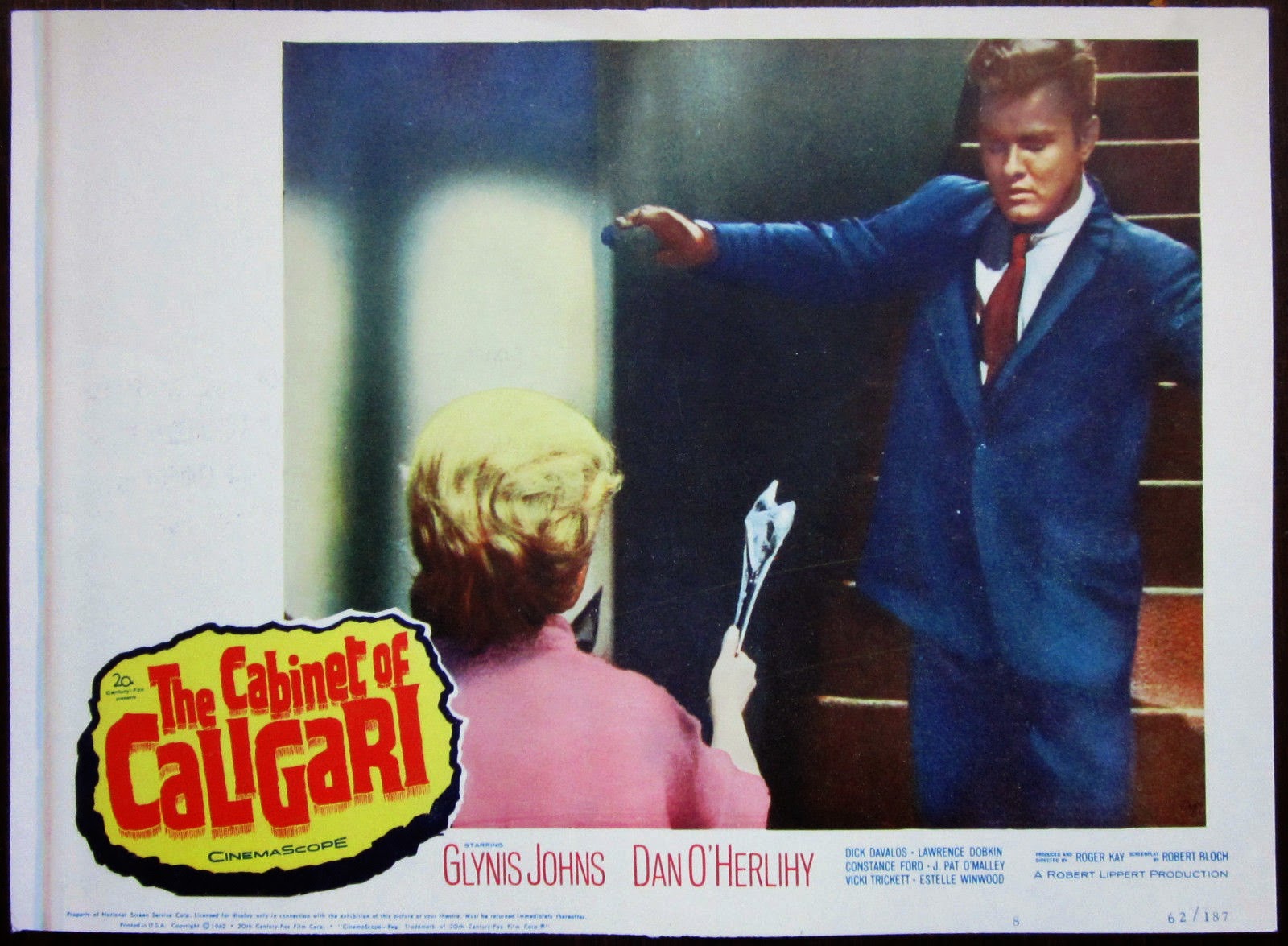 This film is the quintessential 1960's film, emotional and trying to describe the emotions with wild camera angles and lame metaphors like revolving doors.  This film basically exhibits why I don't enjoy many "method" actors and the films and portrayals this new acting style brought.  Way overdone, unnecessary metaphors that distract from the plot, and wretched dialogue. 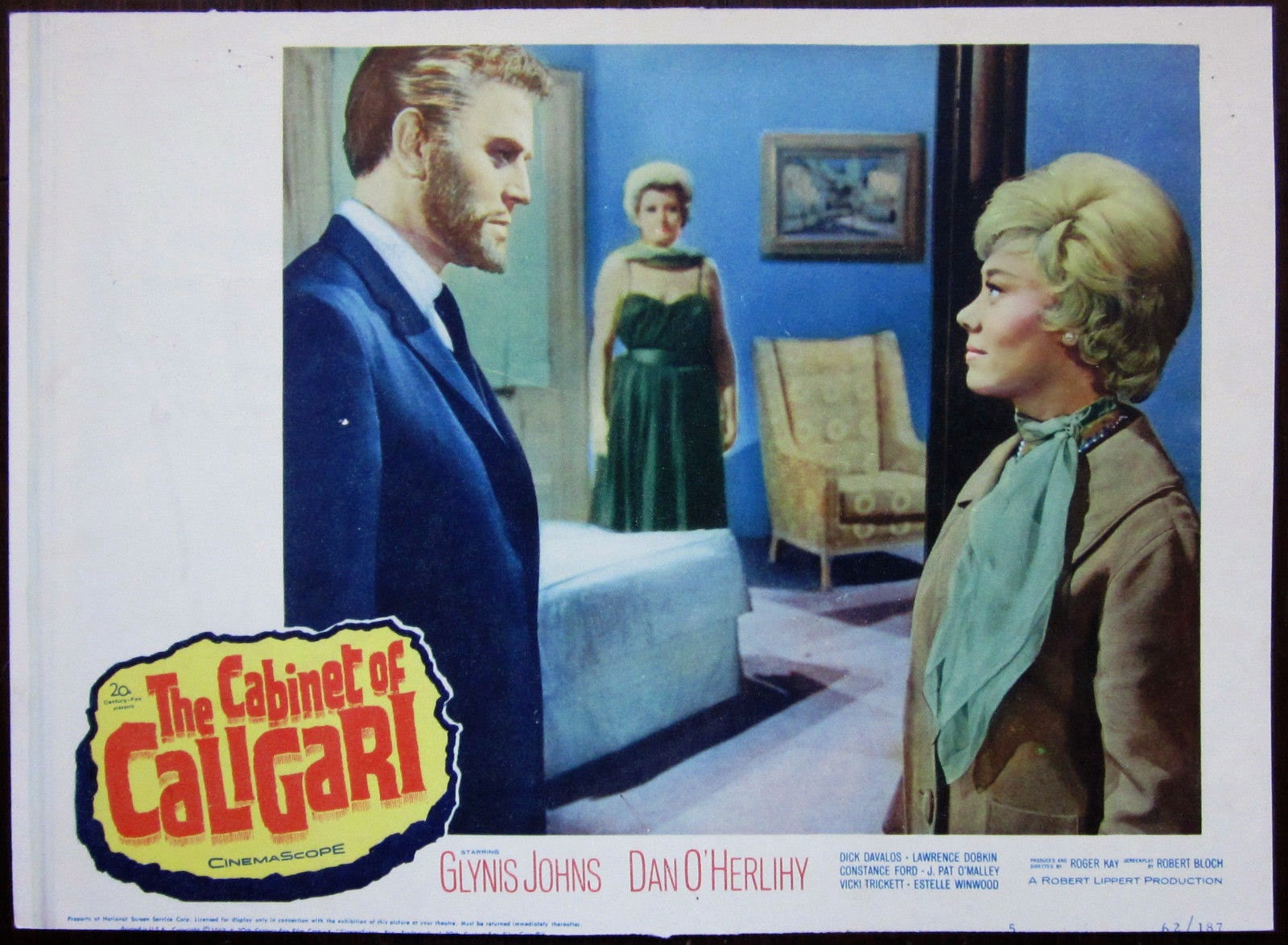 Glynis Johns was horribly miscast in this film.  There was no growth throughout the film.  30 years old at the time of this film, she should have had enough life experience to play the part.  I felt like she was acting the entire time.  She wasn't the character at all.  Frankly, I'm not even sure she could embody the emotions necessary for this role.  Maybe it's because she is so good in lighthearted films like Miranda and as Mrs. Banks in Mary Poppins, but it was incredibly obvious that she was way out of her league in this kind of emotionally charged film. 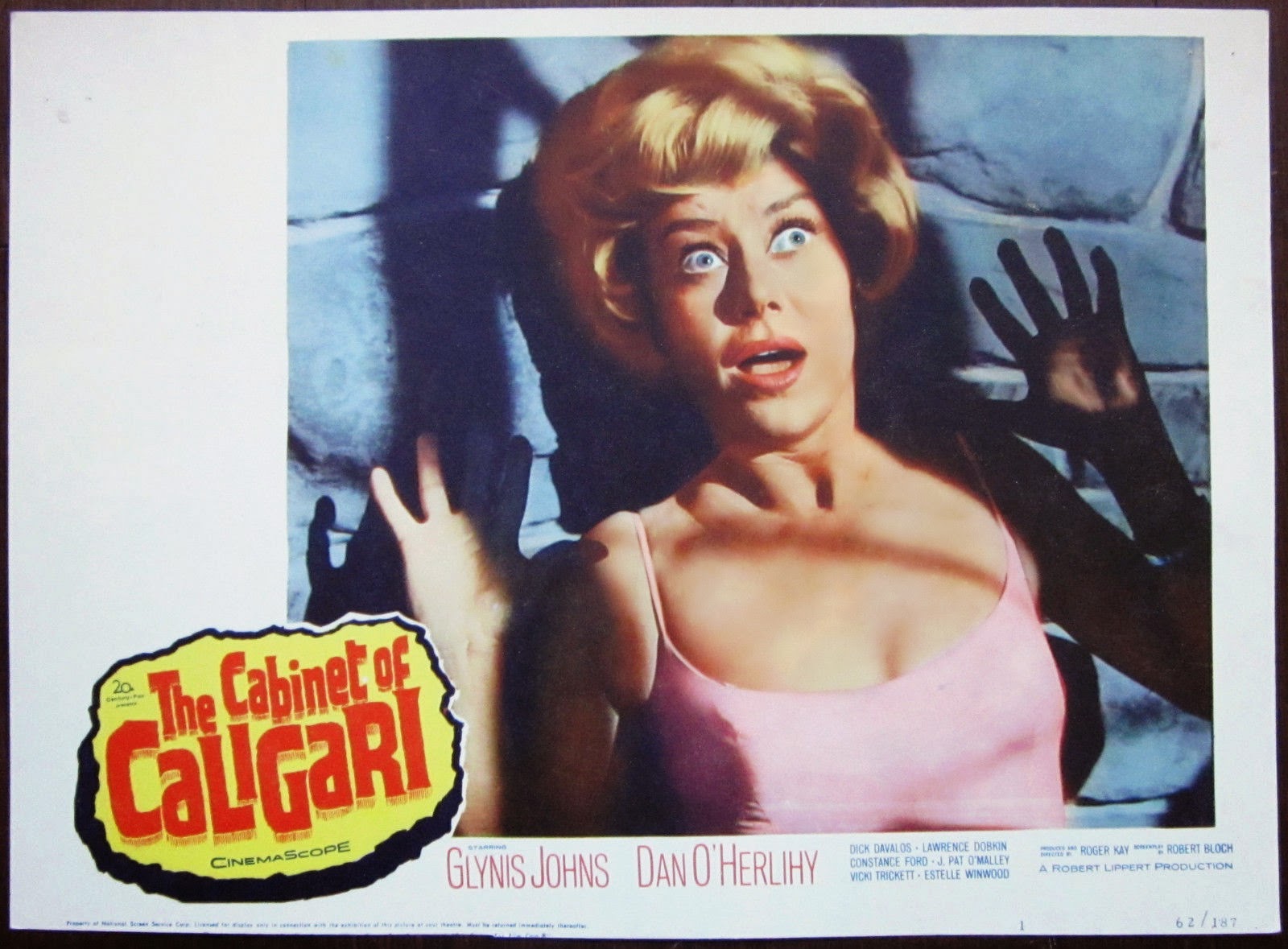 I was incredibly disappointed with this film.  Having always heard that this is an amazing psychological thriller, I felt the acting poor, the premise disgusting, and the ending incredibly unsatisfactory.  I can finally say I've seen it, but would not watch it again.  During the run of this film, the theater would ask you not to leave or enter during the last 13 minutes of the film.  They should have done this after minute 1.

Interesting - I'd never heard of this and thought from the title that it was a remake of The Cabinet of Dr Caligari - clearly there are similar ideas at play, but it doesn't sound like my sort of film.

I had thought it was going to be a remake too. Maybe that is why I was so shocked when I saw the film. Totally not what I expected.