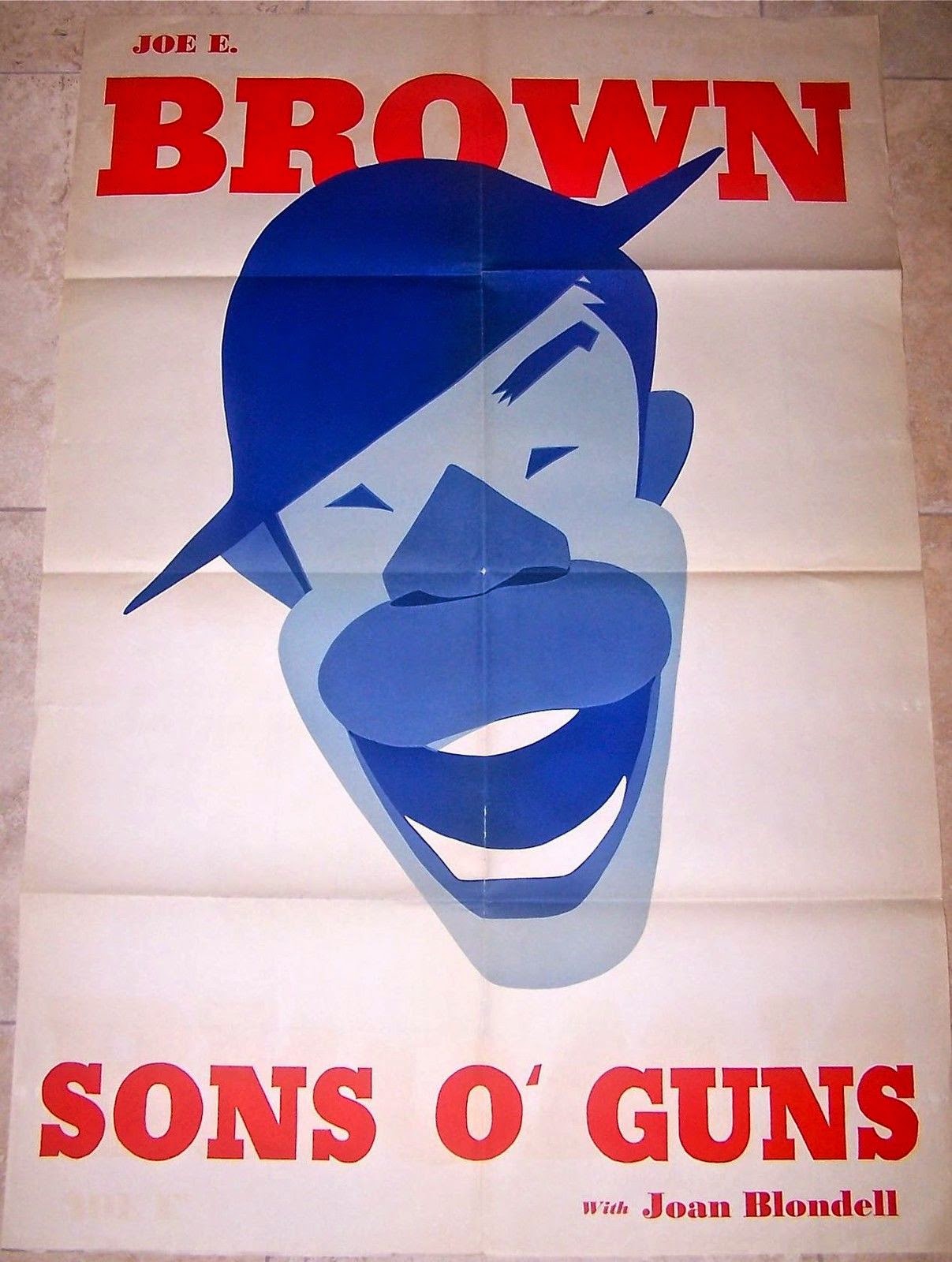 Sons O'Guns (1936) - Joe E. Brown (Jimmy Canfield), Joan Blondell (Yvonne), Beverly Roberts (Mary Harper), Eric Blore (Hobson), Craig Reynolds (Lt. Burton).  Jimmy Canfield has a sweetheart, Mary, whose father won't let them marry because Jimmy won't fight in the war, World War I, that is.  So he pretends to enlist by joining in one of the parades of soldiers, but he ends up getting roped into service.

Sent to France, Jimmy falls in love with French barmaid Yvonne, played by the delightful Joan Blondell.  While Blondell's accent is not great (I wish she never tried), her charm is infectious.  The films turns into a bit of vaudeville as skits are interspersed to highlight Brown's vaudeville talent such as a French cafe scene where Brown is interested in a clearly cross dressing guy which turns into a very obvious dummy chucked through a window.  I'm not sure if this was supposed to be that way because they were on the front with only men and little money, or if it was really bad production.  I'm hoping the first is the case.  Eric Blore is delightful in this film.  Usually playing a butler or the equivalent, he is perfect in his dual occupation as Canfield's former butler turned Army Colonel.  I understand Joe E. Brown's comedy, but I just find it o.k. - not bad, but not funny either.  You can see it a mile away.

The ending was odd.  The entire German army gave up because they were tired and just joined up with Canfield for beer and girls.  Naturally because Canfield brings all of these German soldiers for surrender, he becomes a hero.  Odd ending, but keeping with the Canfield character.  On the whole, this film was just o.k.  Forgettable film, except for the fun performance of Eric Blore.  I enjoyed Joan Blondell, but it is not her best performance.  5 out of 10 Bobs.

I think this movie can be interesting!

It's definitely worth seeing. I enjoyed it.