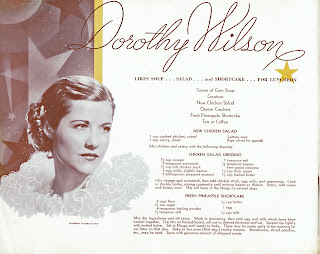 Dorothy Wilson (Nov 14 1909 - Jan 7 1998) provides our farewell dinner to our 1934 Famous Stars. Dorothy prepares for us a delightful lunch which includes: Cream of Corn Soup, Croutons, New Chicken Salad, Cheese Crackers, Fresh Pineapple Shortcake, and Tea or Coffee. Sounds like a delicious meal. The salad sounds delicious. I can always go for soup and salad. Shortcake is always delightful. I'm not sure what makes it Pineapple Shortcake, unless it is because shortcake kind of looks like pineapple rounds. 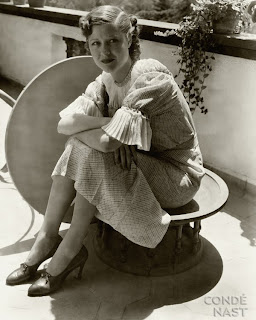 Dorothy Wilson got into films quite accidentally. This Minneapolis, Minnesota born actress just wanted to travel, and she found herself in Los Angeles. Dorothy was a secretary at RKO, and quite happy to be so, when she was discovered. She even had a clause in her contract that if she was dropped from a film, she could return to her secretarial job. 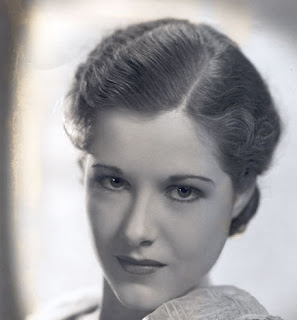 Her first film was 1932's Age of Consent, in which she co-lead. She made 21 films during her Hollywood career. She would retire after marrying Oscar-winning scriptwriter Lewis R. Foster (His Oscar was for writing Mr. Smith Goes to Washington - Fantastic film by the way). 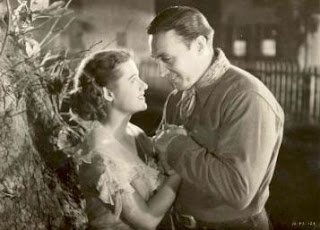 She replaced Ida Lupino in 1935's The Milky Way 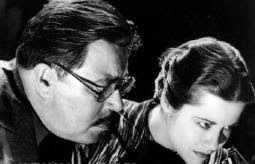 She was asked to test for the role of Melanie in 1939's Gone With the Wind. We all know the part went to Olivia de Havilland, but it would be interesting to see how Dorothy would have done. She is quoted as saying that was the only role that could have brought her out of retirement. I wonder what sort of career we missed out on because she lost the role . . .

Thank you for your comment...Have you ever looked into the history of your house...I'm sure it holds many storys to tell...Your sister did see some one, as many do but brush it aside as it never really happened...have a lovely weekend.x

Wow.. I can't believe that these stars ate this kind of food. Some has been very strange, others seem to be a little more normal. I thank you so much for enlightening us to these lesser known stars and their favorite meals. It's been a wonderful lesson in Hollywood history.

I'm obsessed with these famous star food posts! I saved a couple of the recipes, I'm genuinely intrigued.