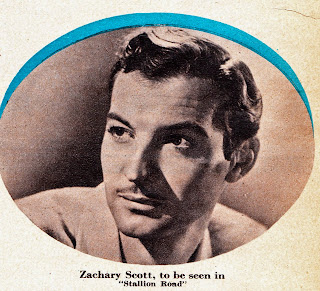 I simply adore Zachary Scott. He is in my current fav film, Mildred Pierce. I didn't really know a lot about him, but after doing a bit of research, I respect him even more. 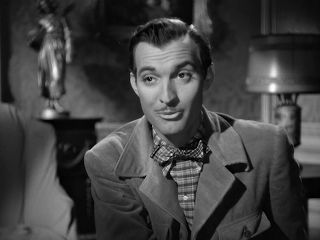 So on that note, here is Zachary Scott's One Wish: "If I had one wish that could actually be fulfilled, it would be for the complete and utter elimination of racial prejudice." 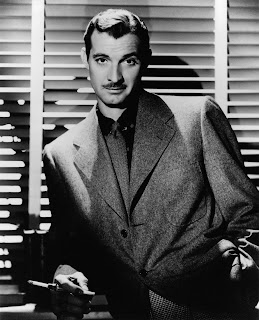 "Recently a great colored artist came to town - an artist whose talent brought happiness, entertainment, and great escape from reality to millions of people all over the world. I know many famous Hollywood people who would have deemed it a privilege to meet him, I decided to entertain. I live in a small house which is inadequate for large parties, so I tried to make reservations elsewhere. I called every place I could think of, but each one had a different excuse. Finally and appallingly, the truth dawned on me. It was because of the artist's being colored. Most restaurant owners were amenable, but they said their help would walk out!"
Horrible story. Wonder who it was. I love the Forties, but there were things that were definitely not cool about the time. 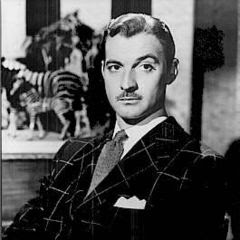 "I still suffer from shock when I think this can happen. My sincerest wish is that racial prejudice could be vanished from this Earth."
Serious stuff, but Zachary did really walk the walk and talk the talk. He did tons of charity for the poor, U.S. soldiers, and racial causes. 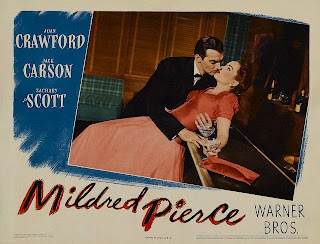 Some Zachary Scott Trivia:
Best Wishes A at 3:38 PM

Email ThisBlogThis!Share to TwitterShare to FacebookShare to Pinterest
More Info: 1940s, Actors, If I Had One Wish, Ruth Hall, WAMPAS, Zachary Scott

I quite like him too, he was absolutely marvelous in "Mildred Pierce". Such a snake in that!

He sounds like such a stand-up chap, I will have to make a point to see more of his films.

Thank you ever so much for all your wonderful comments, Amanda dear, I hope you're having a splendid weekend!
♥ Jessica

Exactly same thing happen to me than to you: I just saw Mildred Pierce and fell in love with Zachary Scott! He is so handsome with those beautiful eyes and he is one of the few men who looks very nice with moustache.
Thanks for this blog! It's easy to find information about him from one place. ;)

Mr. Zachary Scott, was before my time, but I watched one of his movies today titled, "Let's Make It Legal." The movie was refreshing as a beautiful sunrise. After researching his bio, I adored him the more. His character, passion, and contributions marked him as a treasured vessel [In my book!]. Actually, the classic movies are caliber with distinguished fashion and style. L. Johnson

I remember seeing his death reported in a local newspaper back in 1965: he was quoted summing-up his acting persona as "a heel with charm".