Should Terry Moore be Worried? 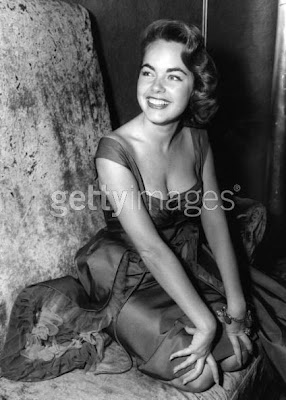 Terry Moore
Is worried and no wonder. She hasn’t made a picture in more than a year. True, she turned down a couple that she didn’t think right for her. But for a girls who almost equaled Marilyn Monroe in publicity breaks last year, something has gone wrong. She can’t figure out what it is. Terry, nevertheless, has been studying madly in an effort to improve her acting technique. Finally to keep in the swim she took a minor part in Daddy Long Legs. But the real star of the picture, it being a musical, are Fred Astaire and Leslie Caron. 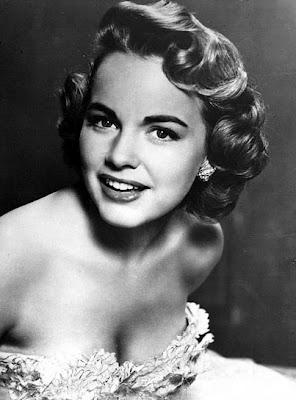 Terry Moore (born Helen Louella Koford on January 7, 1929 in Los Angeles, CA) began acting at age 11. She has been married five times. Best known for her roles in the original Mighty Joe Young (1949) and her Oscar nominated role in Come Back, Little Sheba (1952), Terry is still acting today and still even takes 2 acting classes a week. After Howard Hughes died in 1974, Moore claimed she and Hughes had secretly wed in 1949, but no marriage certificate has ever been found. In the 1980s, she famously posed for Playboy at age 55 - minus retouching. Most recently she occasionally appears in films and starred in the TV show Old Skool with Terry and Gita. To keep up with Terry, check out her website. 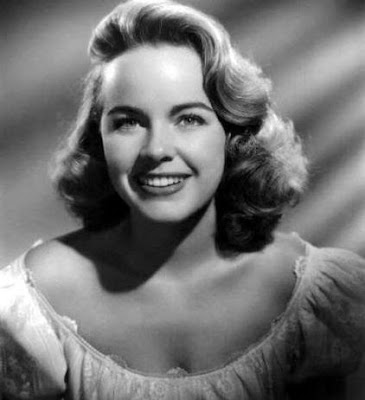 Wow, she still looks pretty darn good too!
Five marriages when she was that young? Wow. Makes me want to read an autobiography if one ever comes out.