One of my favorite opera stars, Lawrence Tibbett, was prescribed a diet from our dear Madame Sylvia, Masseuse to the Stars and author of Hollywood Undressed. She prescribed 2 diets. One was for when performing, and one for when he wasn't. With both diets, Lawrence was supposed to drink "part of a glass of grapefruit juice 1/2 hour before breakfast" (Hollywood Undressed, Page 189). Not sure what this was supposed to do, but with Madame, there is a reason somewhere.
Let's start with the At Play Diet: 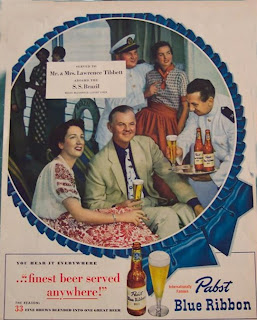 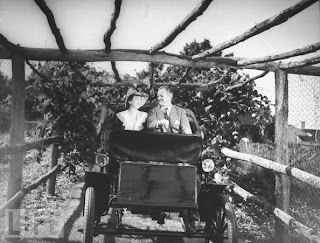 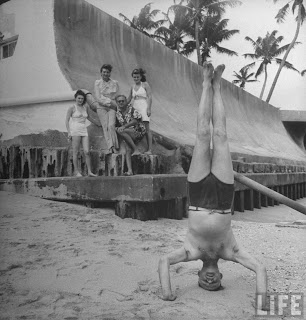 My favorite Tibbett photo, from 1946 in Palm Beach Florida

See, even Opera Stars can Play :)

Dinner
Avocado Cocktail with Thousand Island Dressing (I assume this is some kind of salad)
Plain Tomato Soup with Celery - No Crackers
Rare Roast Beef
Potatoes, Mashed with Cream and Butter
Corn on the Cob
Toast - no Coffee
Combination Salad - Tomatoes, Water Cress, Romaine, Celery, Onion, Cucumber, Raw Carrots, Raw Cabbage, and Mayonnaise
Blackberry or Peach Cobbler
And when performing, this is what Madame Sylvia ordered: 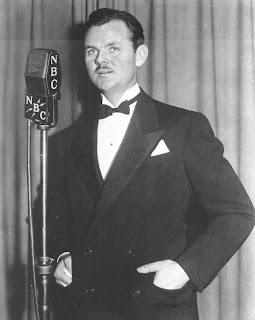 Performing on Your Hit Parade in the 1930s


Laurel and Hardy and Lawrence Tibbett from the lost film, Rogue Song (1930). For a surviving clip, see clip below. 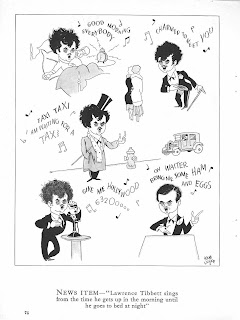 I'll be honest here, I don't think I could handle these diets. I like lunch too much - and then at night there is a ton of food. You'd probably need it after being starved all day!

Did you guess the answer to the previous Lawrence Tibbett question? The question was what has Lawrence accomplished that only 5 other actors have before?

Up next, what does Madame Sylvia suggest for Ina Claire's Diet?

Why do the men always get to eat the butter?

So what would Madame Sylvia thought of Lawrence in that beer ad? I don't think beer was on his special diet!

Wow, I would be starving during the day!

Sylvia probably wouldn't have approved of the beer ad, but she was not around at the time. Unfortunately for us, Lawrence loved beer too much and died from it.

On a lighter note, it is funny how Lawrence gets to eat fattier food than the girls - even those needing to gain weight! I would need butter, and it seems like Lawrence is the only star who gets to enjoy it :)

What strange, strange combinations of foods. I really wonder what the outcome of these "homemade" diets were for those who had to endure them. In theory some of them must have helped a bit or else word would have gotten around not to trust Madame S. as a nutritionist ;D