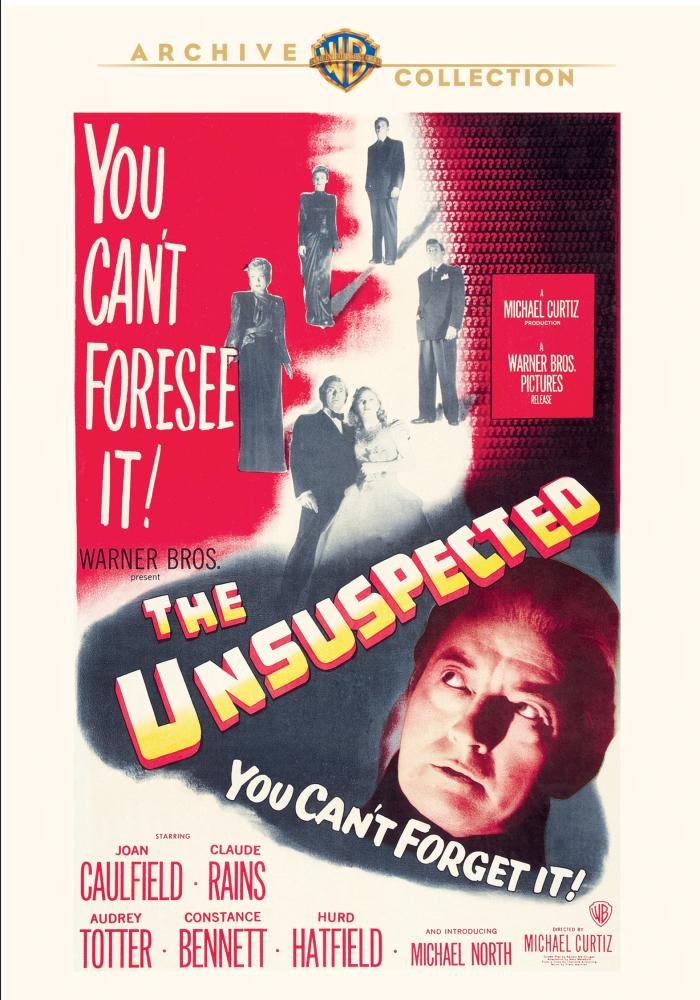 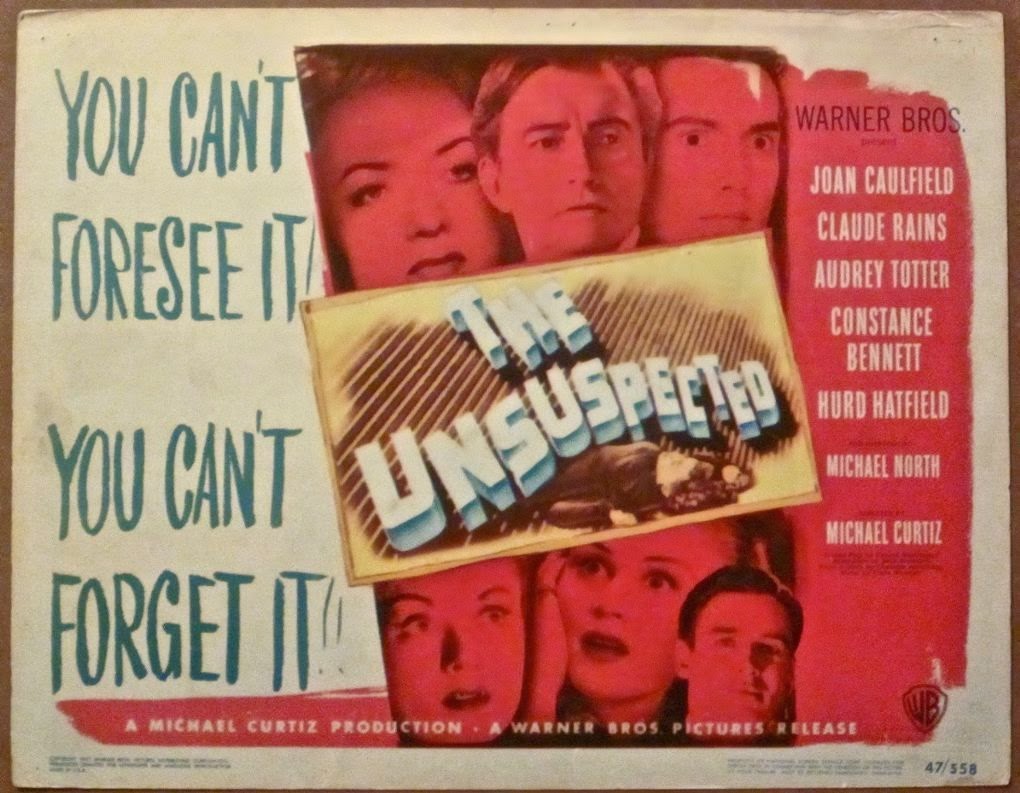 The incomparable Claude Rains plays Victor Grandson, famous radio host and king of the social scene.  He lives expensively, and enjoys it.  Thankfully he has a rich niece Matilda, played by Joan Caulfied, who he is guardian of.  But she dies - or so everyone thinks.

Poor Matilda turns up and appears to be suffering with a bad case of amnesia.  She's married, but has no memory of it.  Ted North plays Steven Francis Howard, the husband Matilda doesn't remember.  But who is he really?  As the film unfold you learn what he is really about.


So we've got the reappearance for someone who was thought dead, amnesia, a mystery husband, and a scheming uncle.  Now add a murder to it and you've got a powder keg.  It's Noir at it's best.  Victor's secretary commits or is it murder?  Here's where we find out the true identity of the mysterious husband.  Turns out he's the secretary's beau.  He wants to find out what really happened to her.  He decides that the best way to do this is through subterfuge.  I'm not sure why he decided to do this as opposed to hiring a detective or something, but it adds a delightful layer to the story.

One of the definite treats in this film is the fantastic performance of Audrey Totter as Althea Keane.  She is the conniving cousin of Matilda.  A schemer herself, she loves the lifestyle Matilda's money has given her - a lifestyle she will likely lose now that Matilda has reappeared.  She also had the misfortune of viewing the death of Victor's secretary.  As one expects, she tries to make a deal with the killer.  But can one ever make a deal with a killer?  Not in this film.  Another body added to the pile.

Spoiler alert - What was really cool about this film is the ending.  Claude Rains played the villain so deliciously elegant, one almost didn't want him to get caught.  But there were just too may people who were on to him.  You see, Victor, as the consummate radio professional, had the habit of recording things.  If history is any indication, when you record things - you get caught (Apparently Richard Nixon never saw this film).    The scheme - record the death of Althea while it happened and play it later to frame her poor husband, played by Hurd Hatfield.  Unfortunately for Victor, Steven pound the record.


The atmosphere in this film was amazing!  Noir has to be my favorite genre.  The moodiness, the light and shadows, the tight delicious dialogue, the acting, the fantastic visionary directing, the perfect ingredients for stellar film making.  This genre is tough to create today.  I think the basically mandatory use of solely color film making is a big reason for this.  The atmosphere is just more difficult to create under this restriction.  I love the shadows and atmosphere created by director Michael Curtiz.  Based on the novel by Charlotte Armstrong, this film mixes two of my favorite things - Noir and Old Time Radio, specifically mysteries.  The behind the scenes look into the world of radio is worth the viewing alone.  The final scene of Victor giving his last radio broadcast is a wonderful glamorized view of a radio show.


The acting for this film is quite exceptional.  Claude Rains shines as Victor, the complicated villain.  For most of the film, he is the nice, loving uncle, concerned for Matilda and her welfare.  He guides her back from the dead.  Not surprisingly, he is leery of her so-called husband and tries to alienate Matilda from him, all the while secretly creating plotting Matilda's demise.  While Joan Caulfied does fine as Matlida, it was not a memorable performance to me.  She was o.k., but a bit of a milquetoast.  Her "husband" was ably played by Ted North.  Aside from Rains, the main star for me was Audrey Totter.  Deviously delicious, Totter shined as the greedy dame.  Outstanding character performances by Constance Bennett and Fred Clark added the perfect touches to a well done film.  Hurd Hatfield's performance was very disappointing to me.  Many people love his performance, but it was just boring to me.

A great Noir, The Unsuspected is a wonderful film with great acting and the perfect atmosphere.  9 out of 10.  Here is a good comparison between this film and the Noir classic Laura.

Purchase your own copy of this great film at Warner Archive
Best Wishes A at 5:50 PM